The wet has gone and the heat is back, Not so severe as before just mid 90's, The tree frog in my last blog has taken up residence behind the barometer outside of my back door right next to the light so he can just stay in one position and eat and never have to move, Monday night i watched the 2 toads hopping around on the patio eating tint flying ants, I grabbed the D7000 with the Sigma 150 macro and went outside, I laid down on the still hot patio (it was dark and about 9pm) I had the camera in manual mode at ISO 800 (i started at 400 but wanted a little extra shutter speed) I had the SB900 flashgun on, I had the head angled about 45 degrees up and had the white card that is built in pulled out so that i could bounce the flash off of the house walls and bounce some light down onto the subject, The flash works very well like this for portraits as well, If you have a flash without a built in white card then just cut some white card or use a playing card and attach it to the flash with an elastic band, I took a test shot and it was great, Infact i was blown away with the sharpness, I had the camera (with battery grip) resting on the floor to help stop camera shake as the speed was quite low, This also helped get me to eye level with the toad which always makes an image have more impact, The toads are very different and always together so i am guessing that they are mates i.e a couple not friends, The larger one has beautiful bold markings whereas the smaller one is plainer, They seem to have very different characters as well, the small one moves slowly and methodically and tends to wait for the bug to come to it whereas the big guy bounces around quickly to where the bugs are, My ideal shot would be to get the toad with its tongue out grabbing a bug but it happens before you can blink and the one shot i did get was more luck than judgement, Its only my first try and things like this either happen straight away or take some time and effort, I think i know which this will be,
The D7000 is really growing on me, I enjoy using it and the files are very nice, Look at the images at ISO800, I have not used any noise software and they are very clean, I would not have even considered the D300 for this, Yes i could have used the D3s but the D7000 gives me some extra distance from the subject and as the toads were slow moving i did not need the extra speed plus i get 4 million extra pixels thrown in, True 1:1 macro lenses like the Sigma 150 are slow to focus but even the in dim light on my patio it worked OK only hunted a few times and when it locked on it stayed there, The Sigma 150mm macro is amazing, Its soooo sharp that i am going to sell my 180 when it comes back and get one, The 180 is a great lens but the new 150 has OS or is stabilized and for hand holding it was be better, I am super impressed with it and cannot recommend it enough, The toads are very relaxed creatures and you can move around and they take no notice, Put the lens close to its face and blind it with flash and it does bat an eye-the perfect subject and very comical to watch, We leave the house in 2 weeks so i need to get some hours in with these guys if i am going to get the shot thats in my head-fingers crossed 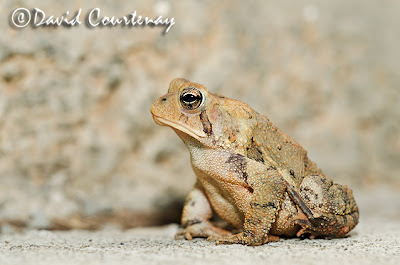 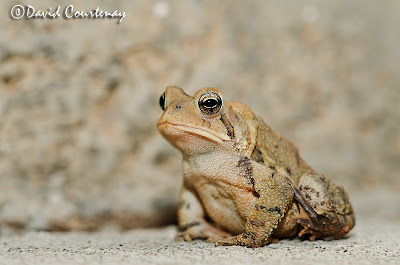 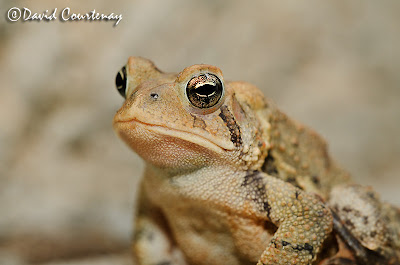 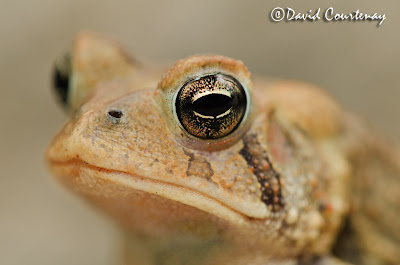 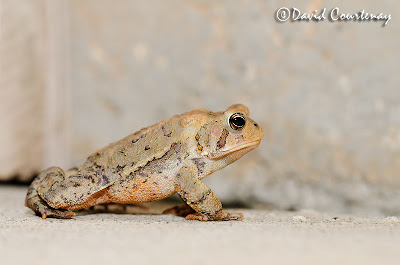 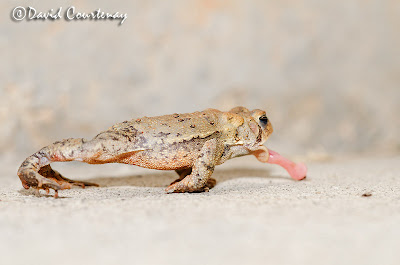 Now where did that fly go? (smallish crop) 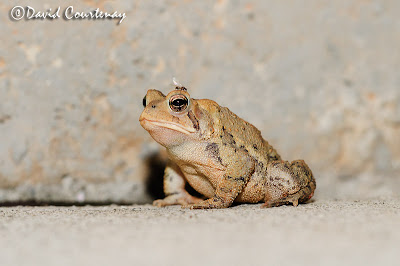 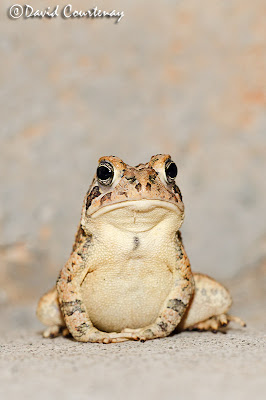 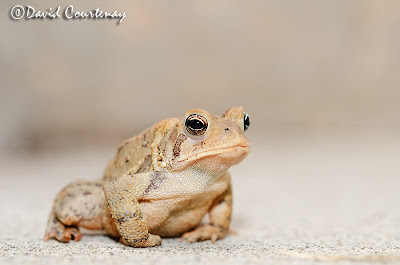 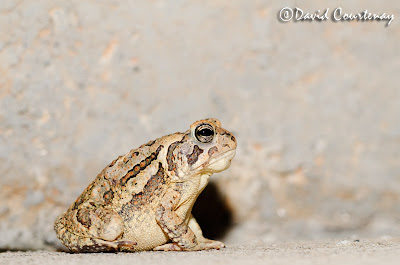