Many species look and sound very similar to each other and i found this out again last week in California, I was at Jims house looking through some images and in particular the Grebe images when he said that's a Clark's Grebe not a Western Grebe, Well firstly i had only shot a Western Grebe once a couple of years ago and secondly i had never heard of a Clark's Grebe, The differences are quite subtle but once you know, there is no doubt
The top image is a Western Grebe and the bottom Image is a Clark's grebe 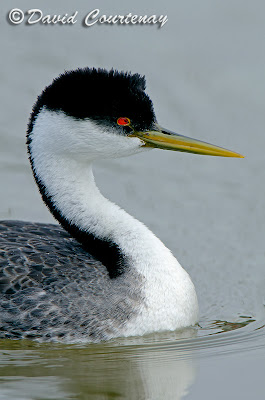 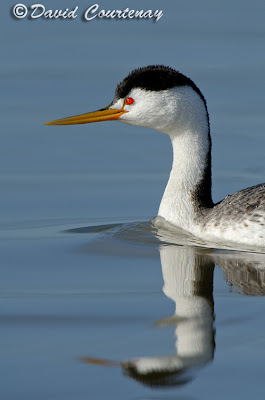 The main difference is the crown on the crown,On the Western Grebe it goes below the eye whereas on the Clarks the black crown stops above the eye, Also look at the beak, On the western grebe its a greenish/yellow colour whereas on the clark's grebe its more of an orangey/straw colour
So i guess its always best to carry a bird ID book with you just in case, Also locals will help, The thing with the grebes above is that they swim together making life harder if you do not know the difference