As promised in part 1, I said I would bring you Marsh Harrier in the next episode from Minsmere.
This part though focuses on just one short incident that we observed on Tuesday afternoon when I noticed a male MH flying in with prey.
Taking a series of approach shots, it was clearly a sizable prey and when I zoomed on the back screen of the 7D is was clear that it was a Water Vole.  Which given their endangered status was quite sad really, but they are said to be doing well at Minsmere.
The male bird came in and landed on a pile of reed cuttings and eat about half of the Vole. 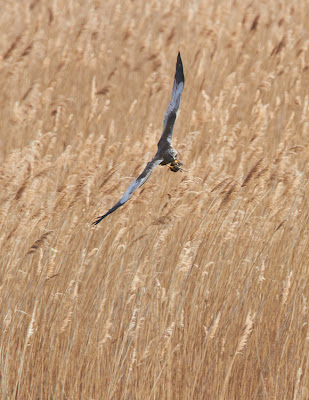 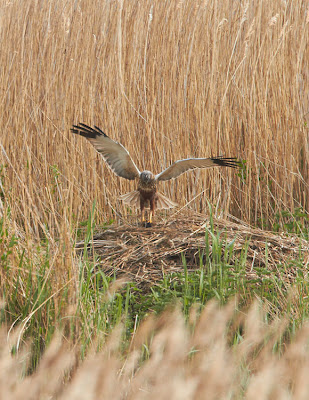 After a while he took off with the remaining bit of the Vole, flew across towards his female partner, who was nested down in the reedbed and called her up.
She took off and flew just behind and below him for a great view of a food pass.  It was too far away to photograph but it was a great sight to witness. 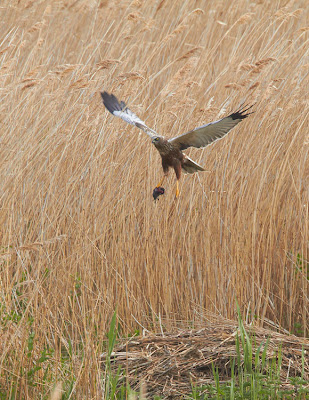 I will bring you some closer MH shots in the next part of this trip report
Martin
Posted by WPATW at 17:25