At some point your camera gear will need to go in for repair, At the moment i have the Nikon D7000 on its way to Nikon as the rear command dial which allows you to scroll up and down through the custom functions and images does not work in the up direction which is a pain, Its been the same since coming back from Japan and it seems like a good time to send it in as i am busy behind the PC, I spoke to Nikon and filled in their on line form and printed off the shipping details-all very professional as always, I hope its not away too long
On the other end of the spectrum i have now had to deal with Sigma as i found that the 180mm Macro will not work at all with the D7000, The lens is about 2.5 years old and purchased new from BH Photovideo, I spoke to a lady on the phone who took all the details and was told that the lens was an old one and could not be fixed, I had already told her the model and after some moaning on my behalf that a lens under 3 years old could not be classed as an old lens was told as it was not a DG lens it was old-I had already told her it was a DG lens-DER, So i was put through to somebody else to go over it again, I gave the serial number and was told that it probably would not take the firmware upgrade-$10 as it seems it was older than the 2.5 years and must have been sitting on BH's shelf for some considerable time, So i may have 2 choices if the firmware upgrade does not work
1.Live with it and only use it on my D3s which works fine
2. Have a new circuit board fitted at $100+
I guess this is a lesson learnt to anybody looking at buying a 3rd party lens, If i had purchased a Nikon lens it would work on any Nikon body, The Nikon 200F4 micro currently sells for $1700 whereas the Sigma is -just checked BH and it shows as discontinued-Great, Seems like they have dropped the 180mm and just have the 150mm in the long macro range
Its a shame as the 180mm Macro is a very nice lens-beautifully sharp, Pretty well built and the controls are smooth, I will send it in and depending on the outcome decide if i will repair it (if possible) keep it or sell it
Fingers crossed that it will take a firmware update however the guy on the phone wasnt very positive about that, Here is the first image taken from my pond taken with the D3s and 180mm macro 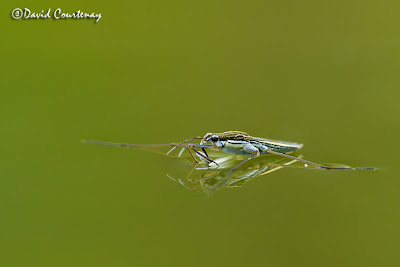 Email ThisBlogThis!Share to TwitterShare to FacebookShare to Pinterest
Labels: sigma.nikon.d7000.repairs.macro.