Japan Travelogue-Tales from a travelling photographer

From JFK Airport New York
I have travelled pretty extensively over the last 15 years but the one thing that i never look forward to is the air travel and the older i get the less i enjoy it, But its a means to an end and that's the only way i have looked at it, If i could drive i would, I took off early this morning on a very small plane-39 seats and apart from me there was only 8 other passengers on the plane, the flight was uneventful which is a good thing, i watched the sun rise in the east and come over a blanket of cloud and made them glow in the early soft light, It can be incredibly pretty up there and the sun always shines but i still like my feet on terra ferma, I didn't have any problems with the camera gear and although the plane only had tiny luggage holders-just big enough for a laptop bag they took my Think tank off of me and put it in a storage area and then gave it back after we landed, The landing was one of those ones where you are constantly looking for land but as the cloud was so think we broke through about a minute before we touched down, The pilot was obviously a Valentino Rossi fan as be banked the plane hard every time we changed direction, I had a vision of him hanging off of his seat with his knee sticking out, Few times i have been pointing directly down in such a plane and he did it time and time again, So here i am sitting waiting for the next leg which will be around 14+ hours so time to switch the brain off and look out of the terminal window at the snowy dreary landscape and dream of what's to come

From Tokyo
I arrived early in Tokyo yesterday after the nicest flight i have ever had, Even the 13.5 hours somehow seemed to slip by, Its the first flight i have ever had with zero turbulance-amazing, If only all flights were so nice, Pete picked me up and we went back to his house and spent some time talking and looking at each others gear, Its been some time since i have laid my hands on Canon gear and as Pete has a tonne of it it was good to catch up, I took some shots on the plane when we were flying over Russia, Mile upon mile of frozen nothingness but very pretty when we were over the mountain areas
Time to relax and get stuff ready for our flight to Hokkaido on Saturday and we are off to the trade show in  Yokohama tomorrow to have a look at all the new Canon super lenses, i will take a camera and get some shots if possible 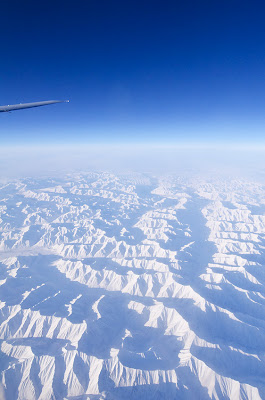 Email ThisBlogThis!Share to TwitterShare to FacebookShare to Pinterest
Labels: japan.