Its become very popular to use flash when shooting birds to help remove shadows and put a glint in the eye, Today's bird photographers are using long lenses and better beamers on their flashguns, The beamers concentrate the light and can add 3 extra stops to the power, This is great as a lot of the time the birds can be far away and the extra light can really help, The problem is when they are not far away and the extra light can cause 'Steel Eye' this is like red eye on a human except that on a bird it goes grey, The problem is worse if you use the on board flash or have the flash attached to the camera, So where possible use the flash off camera on a flash bracket,Flash to me should be done where its difficult to tell that it has been used-with finese,For proper fill flash you should get a good exposure even if the flash doesn't go off-The flash is purely there to lift the shadows, Thsi normally means dialling in a - figure to reduce its out put, When i was in Florida i spent some days shooting birds at the rookery's flying on with nesting material, I found that to fill the under-wing shady areas i need to use the SB900 with the better beamer at full power and then add +3, That's a lot of flash but it worked, The problem was if i grabbed a shot of a closer bird on the nest without turning the flash down, Now this only happened a couple of times and although there is evidence to steel eye its not bad, I have seen very bad steel eye and to me it completely ruins the image, It can be taken out in processing but to me never looks 100% natural , So take care when using better beamers with too much power dialled in or when using the camera's built in flash or have your flash attached to the camera itself
Here are a couple of example from the Florida trip, The top image shows a small amount of steel eye and the bottom image is where i have shot fast and the flash hasnt gone off-another method worth using so that you have both options 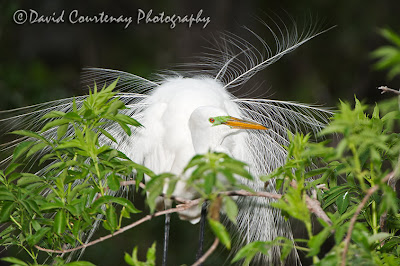 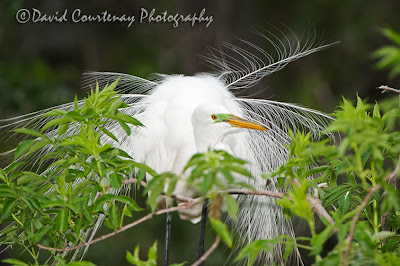 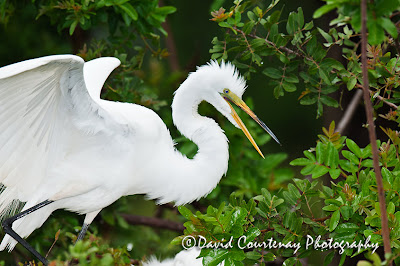 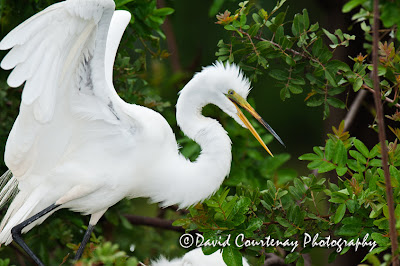