Pond Life Pt 2 - There be monsters

As I mentioned in Pond Life Pt 1 a couple of days ago, I said I would bring you some damselfly images. 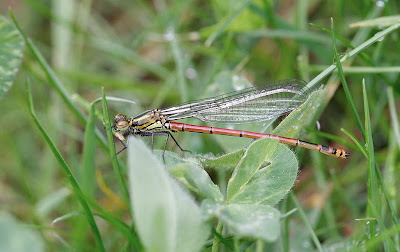 After I reported this image above, the first of the Large Red's in the garden this year, there were a couple more the following day. 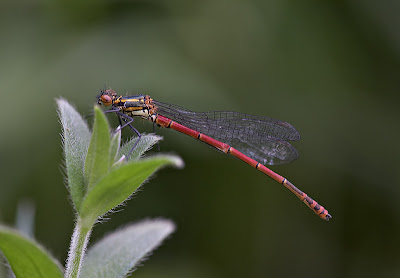 This one had been out for a few hours, and was still pumping up its wings.  If you look at them, you will see that they are quite mis-shapen at this point still. 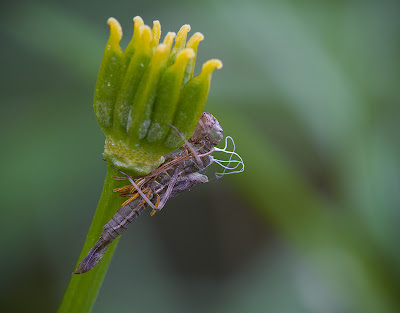 This got me thinking that there should be the larva nymphs or naiads somewhere.  So after a hunt round the pond edges,  a number of empty cases like this were located
If you look closely you will see the severed umbilical fronds - the orange cylinders .  But this was just an empty shell.  The live damselfly was not on the same stem. 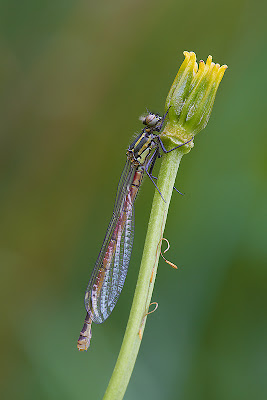 But a couple of stems away, on the Marsh Marigolds we found this full formed Large Red Damselfly.  Now given that it hasn't fully coloured up, I am not going to hazard a guess as to the sexing of it, but if anybody who is a specific expert can confirm then that would be great.  My knowledge of these is such that I can identify the sex when they have reached colouration after a few days. 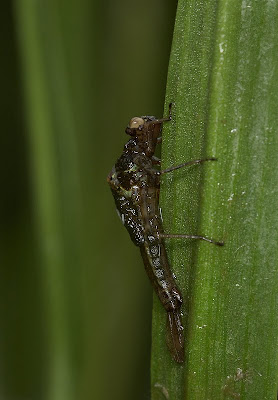 The following morning I checked the pond first thing and found my first live 'monster from the deep'.
I watched as the nymph climbed up the stem of the plant and started twitching as the emergence began. 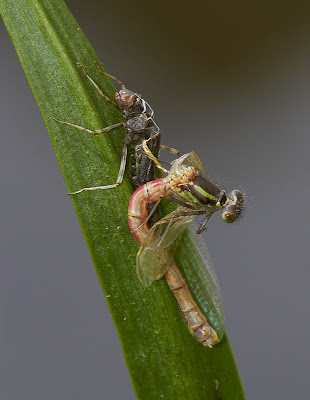 About three hours later it was looking like this as it slowly warmed and pumped the blood and fluids round its body.
This one took a full 48 hours to fly.  I think the cold weather over the weekend held back the metamorphosis, as once it got some warm sun on it on Monday afternoon it made good progress and flew.


I now need to look out for the next species, which I will expect with be the Blues.

The little pond has a lot of Caddisfly larva working their way round the bottom, hidden in their leaf or stick homes, so I will watch their progress with continued interest.

Thanks to Jac for the third and fourth images