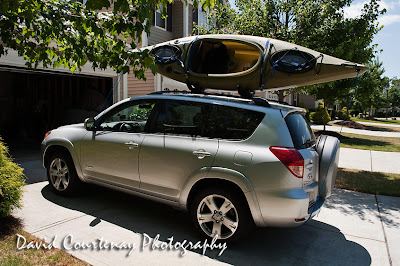 Lately i have shot on land and below water but its been a long time since i shot 'on' the water and as its coming up to my birthday (in a couple of weeks) i went and bought a Kayak, Something i haven't shot from for a couple of years when i shot sea otters in California, Now when i said i bought it i should say that my wife bought it for me as an early present, along with the car rack,garage holder,dry sacks,paddle and life jackets-so who's a lucky boy then, We have a lot of lakes around my area and i watch the herons and ospreys nesting out of trees in the lake far away from the waters edge-well now i will be able to reach them, I said before that i was going away this week but have just found out that the roads to Clingmans Dome are stll shut for repair so this is now put on hold for a month or so, Now that leaves me free this week to get some processing done and give the kayak its maiden voyage, I think the D300 and 70-300VR that i recently purchased will be a great combo for this purpose

Email ThisBlogThis!Share to TwitterShare to FacebookShare to Pinterest
Labels: kayak.