Big floods across Japan over the last couple of days-not from a tsunami or anything like that-its from Canon users crying after reading about the D800-lol, I have read just about everything from specs to forum (both Canon and Nikon) users and the consensus seems to be that Nikon really have pulled one out of the bag, The surprising thing being the 2 model line up and most people seem to be going for the 'e' model without an AA filter although there does seem to be some 2nd guessing after Nikon put some images out showing moire which you will get in certain instances without the filter.I would not pull the trigger until the 2 bodies are shot side by side but i do see it being very very popular and Amazon has already closed its doors to preorders, 36mp is way to many for 99.9% of people but there are those that print big and also agency's cant seem to get enough pixels,I mentioned before it being 2 cameras in one in that you can either have the 36mp full frame at 4fps or you can have 16mp in DX mode with a boost to 6fps which is basically the same as the D7000, I see some people bemoan the slow frame rate but 6 fps is good enough for alot if not most of situations, I would see it as the perfect backup camera for my D3s, All is not rosey for me though, Nikon have taken on the Canon CF and SD cards which i dislike, I would have preferred 2CF slots and the battery grip is slated to sell for over $600 which is ridiculous, How can the D700 grip be $200+ and is basically the same, I use a grip always and this would really bump the price of the kit up, The battery is the same as the D7000 which is good as i have spares of these and if you like to carry a compact type camera with you the same battery also fits the Nikon 1, I see that Nikons shares went up 13% after the announcement and i can see why, Its going to be huge, I also think it will be a huge pain in the butt for Nikon as inexperienced users will upgrade to it and i have already read of a long time pro thats used it saying that it will show any flaws that you have, Lots of pixels will need plenty of shutter speed or a good tripod or both and i think there will be a lot of complainers within hours of it hitting the streets just as there was with the D7000 which i still rate highly, I did dowload some of the D800 images on the Nikon site and 2 stood out, See images 1 and 6 here http://imaging.nikon.com/lineup/dslr/d800/sample01.htm and take a look at the hands and nose of the colored girl-amazing detail
Just over a week ago i had a phone call from one of my new neighbors saying that she has lots of wildlife in her garden and in particular the vultures had started to use one of the trees as a roost or meeting place and early morning are when they meet there before flying off and returning late afternoon, Today is the first time that either i have had time or the weather has been good, Frost and a crisp morning sees me on her deck with about 35+ vultures in the trees, She told me that there are sometimes 70, The sun was behind so it was a silhouette shot which was fine as its different and i can return and get some normal type shots when i want, She is very lucky in that she gets fox,opossum and raccoon as well as the vultures and even though she is only a 30 second drive down the road my garden is fox free which i hope will not be for long, I set up and used my D3s and 70-200 on the tripod and had the D7000 with 200-400 in-case one flew by, When i left there i drove down the road and there was a turkey vulture sunning its self on a tree in another garden so i put the 600 on the D7000 and took a few shots from the car, The session was a quick one and most of the time i was talking to my neighbor, The birds were not doing much and the shooting angle was quite restrictive, I decided on a birdscape type image as opposed to a close up as the sky seems as much a part of the scene as the birds but i have now been given free rein of the garden so i can come and go as i please which is nice 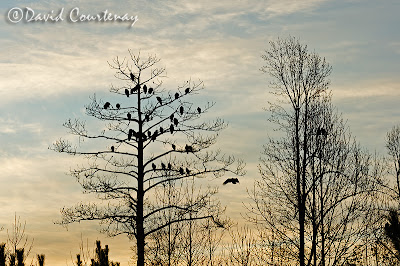 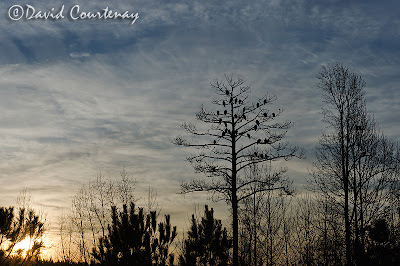 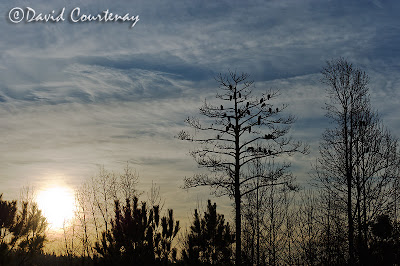 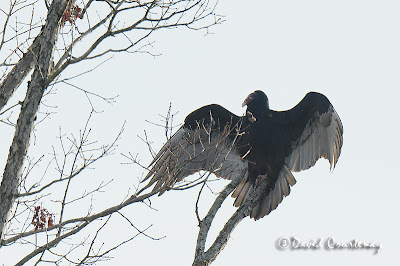 Email ThisBlogThis!Share to TwitterShare to FacebookShare to Pinterest
Labels: vultures.d800