I had a long day planned so i was up at 4am and a 3.5 hour drive south to a place called San Simeon, Its down past the Big Sur,but the Big Sur was closed due to a land slide so i drove inland and then across the mountains to get there which should of been quicker but i had over 80 miles of thick fog and alot of it was driving blind, I arrived to find thick fog along the coast and set up on the board walk and waited and waited, There was a lot of bull seals, Probably around 3000+ and all at my feet, I was hoping to get at eye level and although the boardwalk was quite low i was still elevated-see here for a snap to give an idea 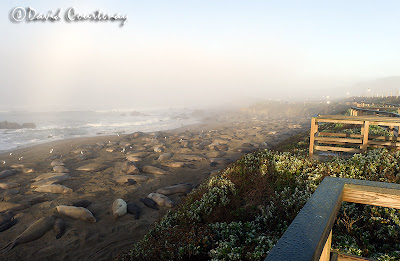 So 2 big problems-fog and being elevated, there are ways to get around this, Firstly with the elevation its best to use your longest lens and shoot distant subjects, This will 'ease' the angle and although being higher you can get results like this 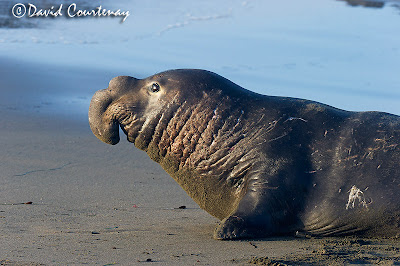 The fog is a different subject and although you can use it to get some 'atmosphere' mostly it can be a pain in the arse and ruin an image, Most of the images i took early were a waste but as the fog lifted it became more workable, Here is an image straight out of the camera 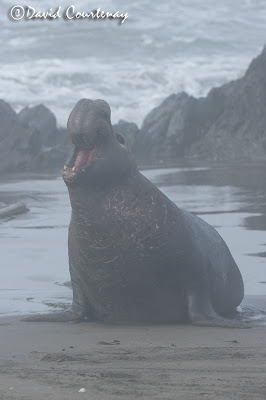 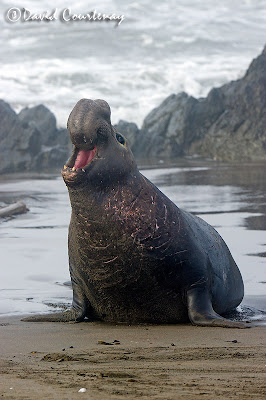 There was a lot of action from the start and males would drift in and out of the sea and then try and mate with the nearest female which often caused a bigger male to make chase, I was hoping to get some good fight images of equal sized males but it never happened so something to aim for another day, There was a huge amount of pups around of all sizes and they were still being born whilst i was there, You could tell when a pup was born as the gulls would go mad and flock in for the afterbirth etc 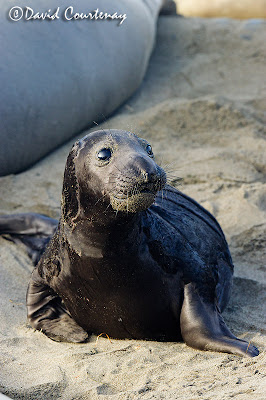 A big Bull comes through the surf, They are a real fish out of water on land and takes a huge amount of effort to move let alone fight 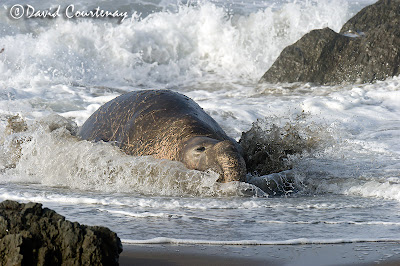 Most of the females were non receptive to the males and they would flick sand at them with their flippers and bark and bite them, If a male wanted to mate he would simply slam his 5000lb bulk down on them and beat them into submission,Here 2 females are telling the bull where to go, One of my favorites of the session 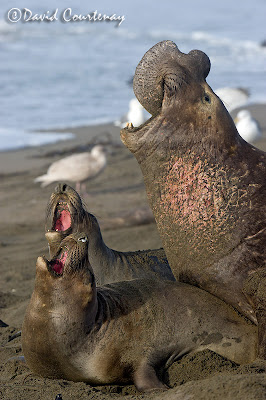 Another big Bull displays as it comes to shore 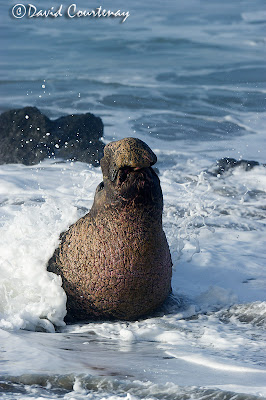 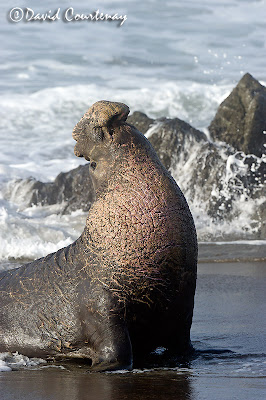 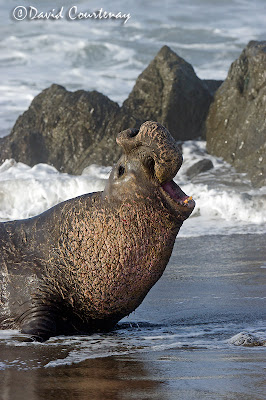 I have to say that they are very impressive creatures and one thing that you dont get from photos is the noise that they make,
I did notice that once the males came in from the sea they would crash out at the edge of the waves and then lift their tails and wait for another wave to help them 'surf' in 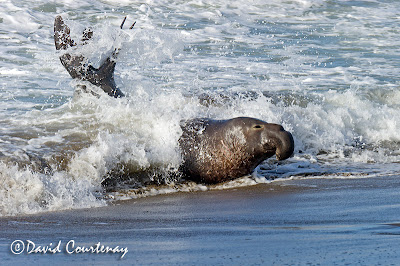 As soon as a Bull hit the shore it would display 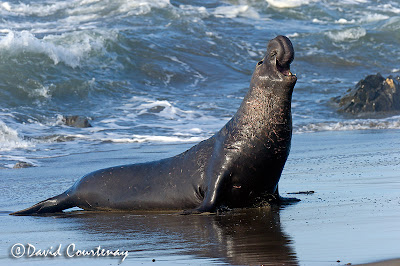 As i left the car park i noticed something moving in the field opposite and it turned out to be a coyote, This is a big crop just for ID 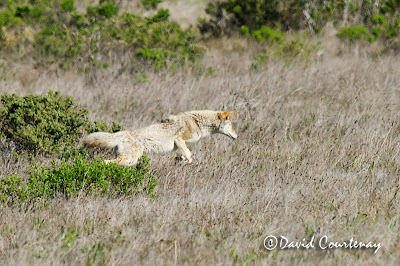 And then a mile down the road i again caught something out of the corner of my eye, I turned around and had a look through the binoculars and could not believe my eyes-a bobcat in broad daylight, A long way off but brilliant to watch-a huge crop and the 600 was handheld from the car here so no apologies for the IQ 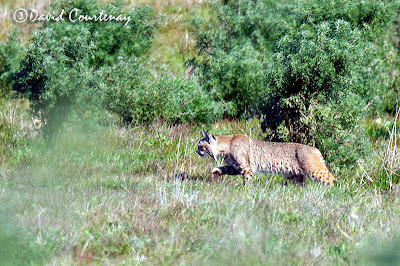 I think it was a male-lol 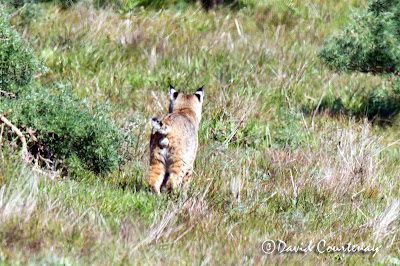