A great days Birding (and Hareing)

After I did the Big Garden Birdwatch on Saturday, I popped down into Gloucestershire for some more birding at the site I went to a few weeks ago.
Unlike last time, I was greeted with nothing initially ..... for quite a while. It didn't bode well.

Eventually a few Red Kites started to show, but never really came very close. So it was a case of patience.

I did spot a lonely solitary Ringtail Hen Harrier at distance quartering a valley of rough scrub, and watched it make a kill.

But nothing photographically at the first two locations.

Moving further down the road, I soon spotted my first Short Eared Owl, quartering a hedge at some distance. Too far though.

In the fields in front of me, to the side and behind I was rewarded with a count of more than 20 Brown Hare. I have never seen so many in one location. It was great to see.

My patience was eventally rewarded with a sighting on over 20 Red Kite that were ringing up together in the darkening light.

Another SEO showed, followed by another but very distant female Hen Harrier.

At one point, due to various birds flushing each other, I had Buzzard, Red Kite, SEO and HH all in the same binocular view - stunning sight.

I did manage to grab a few images of one of the SEO's, but in the rapidly darkening light and at (only ISO600), the images are not where I want them to be in terms of quality, and are quite large crops. But seeing them fly was the best bit for me. 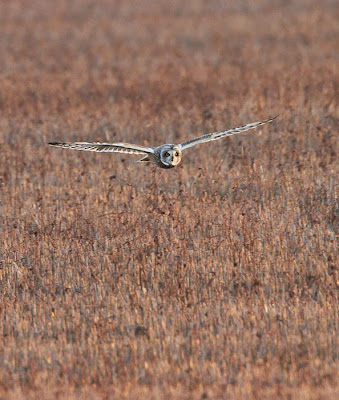 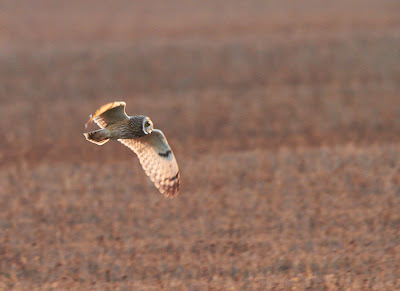 The third image shows one of the Owls who really didn't care that I was on the other side of the hedge from him and he kept flying - this very out of focus uncropped shot shows him coming at me until I took my eye away from the viewfinder and saw him just a few short feet away from me. As he got to about 6 feet away - yes six feet, I said hello to him/her and it turned tail but not too far away and carried on hunting.

I was mesmerised by the sight and experience. 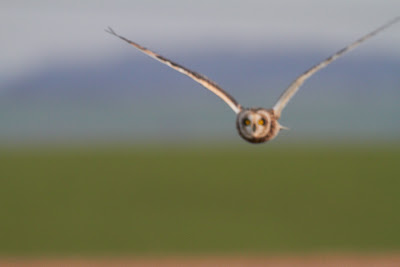 As I was just about to pack up, I got this record only for id purposes shot of a female Hen Harrier at distance as she hunted away in the just about set sun. 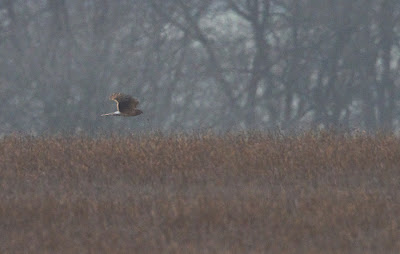 What a fab day. Just a shame the birds didnt fly earlier in the brighter light. I wouldnt trade the experience though.