I havent been shooting in the garden since before Xmas but i make sure that food is left in the same places at the same time of day every day that i am there, Animals are quite time conscious especially foxes, The opossums have decided to change their time table and instead of coming around 7pm they are now coming after mid night and up to 2.30am which is a right royal pain, I have a chair next to my garden window so i can watch all evening and into the night, The deer are still coming just after dark and there are normally 4-6 but sometimes more, The food (corn) don't last long and within 5 minutes they are gone, Great to see and they come pretty close to the house for a good view, We have had rain here for the last couple of days and although it may sound strange its actually a good time to go into the woods and have a look around for the tell tell signs of activity, Firstly the leaves will be soft and quite after a good soaking and secondly there will be paw/hoof prints in the soft mud telling you exactly whats been around when you haven't,
Yesterday morning after dropping my wife off at work i decided to check and fill the bird feeders, As i walked out i quickly stopped as there was a small woodpecker on the woodpecker branch, I watched for a few minutes and it didn't move so i went back in, I checked it again 5 minutes later and it was still there, All my gear was still packed away so i thought to hell with it and unpacked the gear and checked again-still there, So i crept out with the D7000 and 600 on my tripod, Took a few shots and wished i had my 1.4x with me, I crept forward slowly, The woodpecker was watching me and then took some more images, It was concerned at all and had a look around, I came back in and left it there and 10 minutes later it was still there, It moved down to one of the holes with fat in it and had a quick feed before flying off, Now that's a nice start to the day
First image and a bit small in the frame 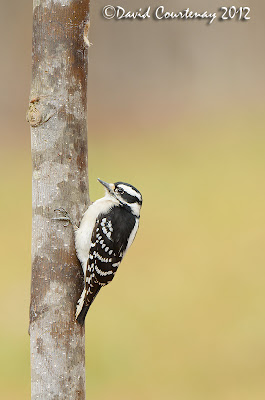 I managed to creep forward without spooking the bird 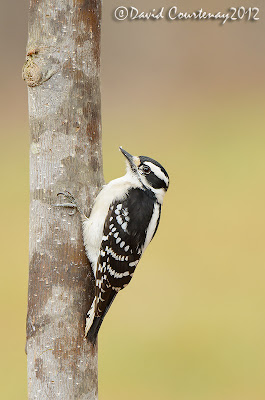 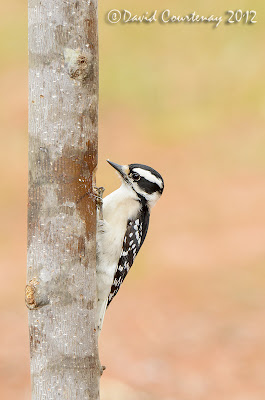 Only a week before we fly off to California, I mentioned before that i hope to photograph the Elephant Bull Seals that arrive there every winter to breed, The problem is that when the big guys are there you have to go on a tour and the tickets can be bought up to 56 days before the day, I was lucky and have managed to book 4 tours each lasting 2.5 hours, The main reason for the length of tour is the 1+mile walk in each direction, I get the feeling that my shoulders are going to be very sore