A big blog today-image wise anyways, Its taken a few hours to put this together but i hope that you think its worth the effort, Yesterday was a looong day, I had booked a tour to see the Elephant Bull seals and left in the dark and pouring rain, I questioned myself the whole way there and hoped that the shitty weather would put others off and give me more time-it didnt and we had around 15 people in out tour and the tours left every 15 minutes so quite a busy place at this time of year, The rain had subsided by the time we left but looked like it could drop at any time, Its around a 1.25 mile walk to the end of the point where the seals are although you can see them from distance in the sea, Now they do not do photographic tours so we had to keep stopping to learn about the history of the place, the vegetation and about the seals themselves-all very nice but not what i was after, My tour started at 8.45am and i was back at the car around 11am, In that time i was allowed around 20-25 minutes to take images and at some points we walked between a few seals that were way in the dunes but not allowed to stop, We could only shoot from the bluffs so the animals were below us which was not ideal, There were over 300 bulls and 1300 females and over 800 pups so a busy noisy place what could be fantastic for photography but the tours just didnt cater for that which was a great shame, The tour guide was great and very knowledgeable and the sight was a spectical so worth the effort, I used a big lens to try and' level' the drop and got some ok images, I hope to do better later in the week, 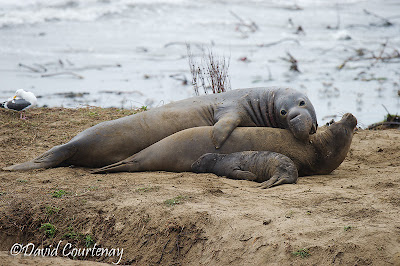 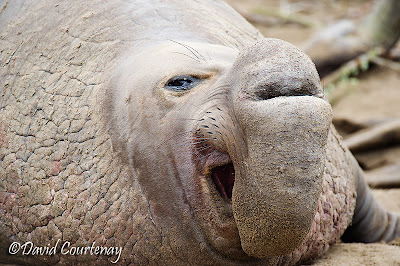 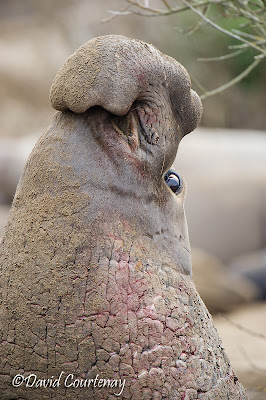 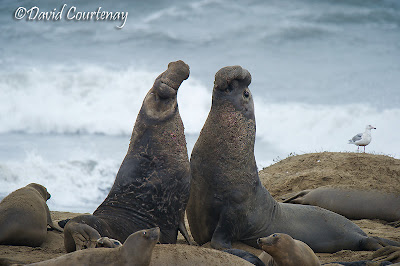 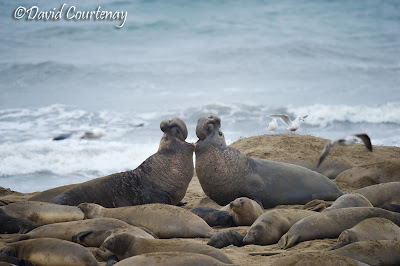 Radio Head, Female with tracking device stuck to her head 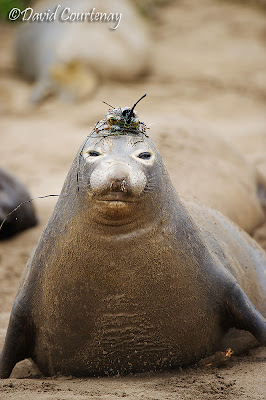 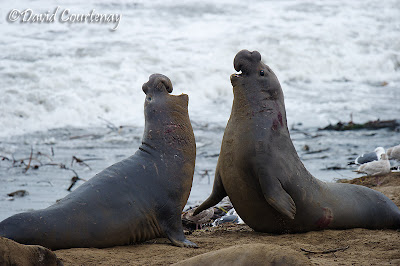 I carried the D3s with 600 on a tripod over my shoulder and in my backpack had the D7000 and 200-400, 24-70, Flash etc just in case, I have to say that every muscle in my body aches, Its not a flat walk either, some hills and then big sand dunes makes life difficult but overall a good work out, Just as we finished with the seals and about to walk back the heavens opened and we all got a good soaking just for fun, I think somebody up there had a damn good laugh, The good thing about the heavily overcast conditions was that there were no harsh shadows so all in all a good result from a short space of time
I left the seals and although i had booked another tour later in the afternoon i decided to go elsewhere and see what was about, I stopped at a lot of know areas for me as well a couple of new ones and managed some reasonable shots of birds of various types 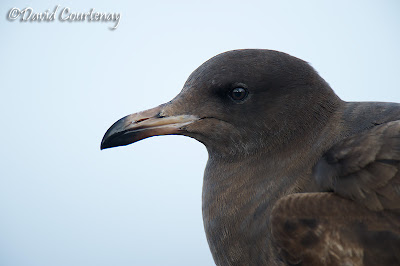 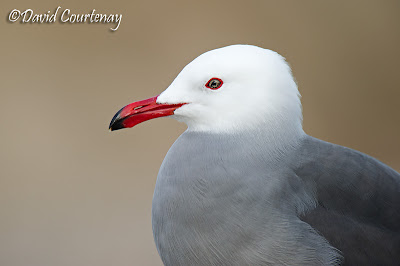 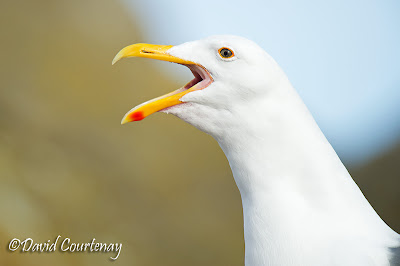 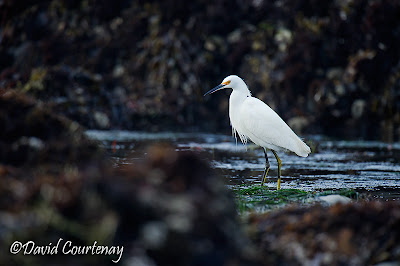 Whimbrel, California has been good to me with these birds and the last few trips have given me plenty of chances with them, They become confident with you if you are slow and start from distance, This one came within minimum focus distance after some time and the frame below id full frame 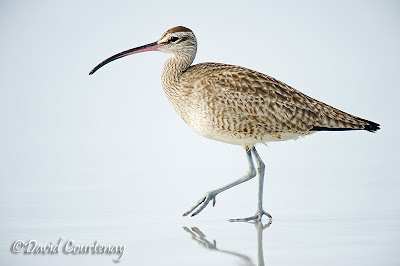 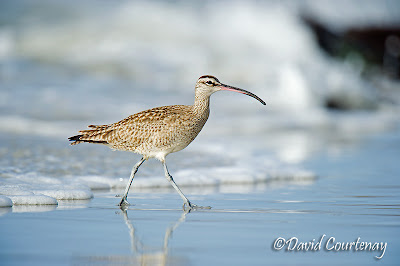 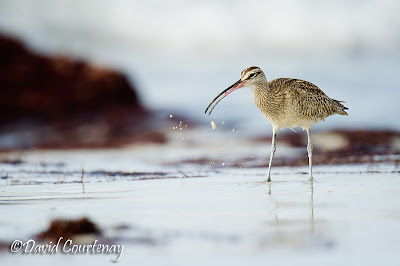 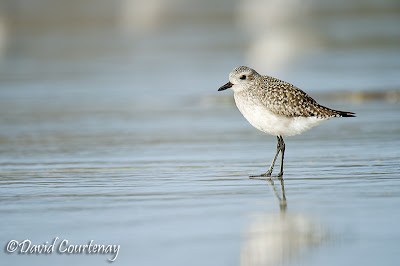 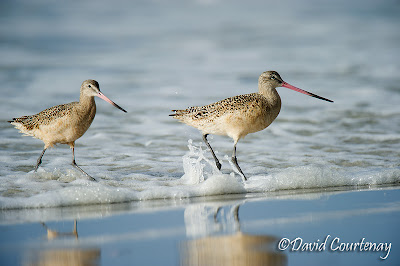 Sanderling are always fun and a challenge to shoot 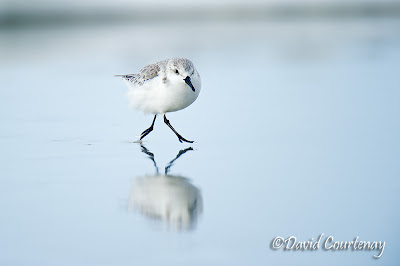 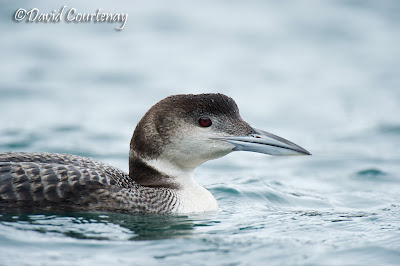 Drake Bufflehead, A nice surprise, Taking a rest in the vegetation, Taken from my car 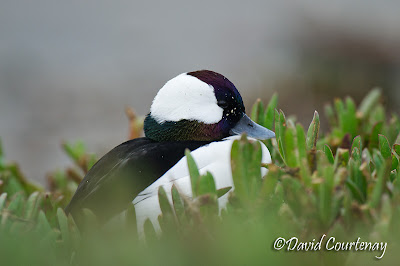 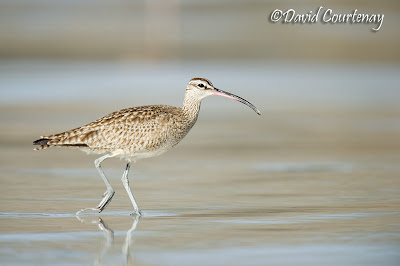 I stopped at one beach and could see a good group of birds in the distance, there were a few pople around but not many, The birds turned out to be Black Bellied plovers and sanderling, As i approached i could see that they were skittish so i dropped my gear down and over 20 minutes or so i slowly edged forward until i was with shooting range, I started to get some shots then notices 2 women with a small child coming my way, They let the child down and gestured for it to go to the birds as 1 woman got her compact camera out, It was clear what i was doing as i had the 600 on the tripod and was looking through the camera but no the kid run over and every bird took to the air, I stormed over to her and told her exactly what i though of her in no uncertain terms-they left, Now i dont own the beach but what they did was just bloody rude and inconsiderate-i dont think she will do it again if there is a photographer there,

I moved to another area and got some ground squirrel images 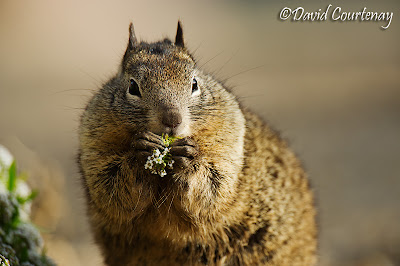 Then decided to call it a day, Time was getting on and i was a couple of hours from the hotel, The sun decided to come out and was nice and low as i made my way up the highway,My body was saying enough was enough but the photographer was thinking that i could pop to a great area for evening photography where there are birds but more importantly good sea otter opportunities in good light, It was a bit out of my way but i have done well there in the past so it had to be worth the effort and so it turned out, The sun was setting over my shoulder as i crept along the rocks, There were some otters around the bend so i slowly edged my way along, All of a sudden there was a loud hiss which made me jump back, There was a sea otter sleeping in the rocks and it shit the life out of me, infact i dont know who was more surprised, I was very lucky not to get a nasty bite, You can see how well it blended in 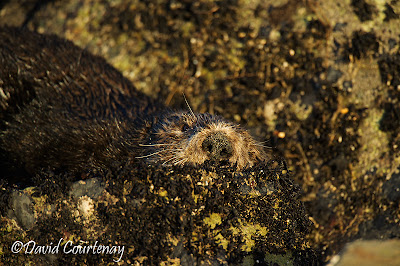 I carried on shooting until the sun was well and truly down getting lots of nice otter images as well as some birds as an added bonus, I got the hotel absolutely drained, It had been a very long and arduous day, I grabbed some food and hit the sack 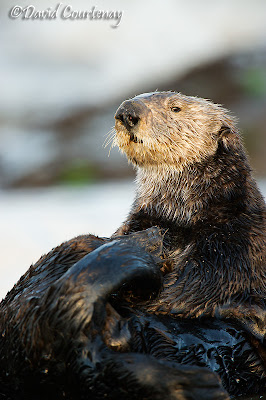 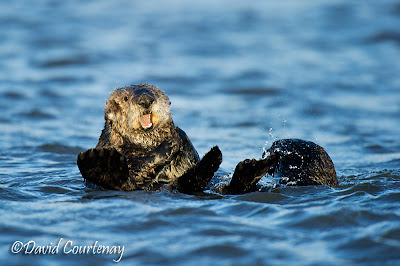 Pigeon doing what pigeons do 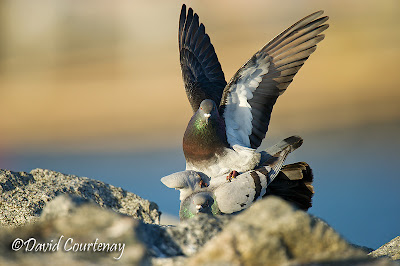 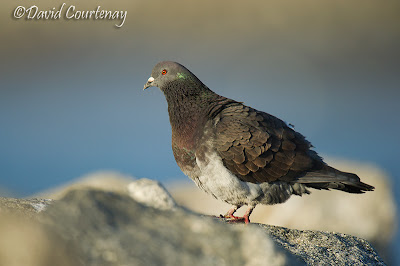 It was a great and very productive day, I went through my images and have over 700 saved after the first cull, ALL the images were taken with the D3s and 600, some with a 1.4x