Sometimes the image you see isnt there

A few weeks ago we Jac and I went to Westonbirt Arboretum, there were two shots I had in my head that I wanted to get based on my expectations of the likely weather conditions.

Well I was pleased to share this with you that was one of those shots. 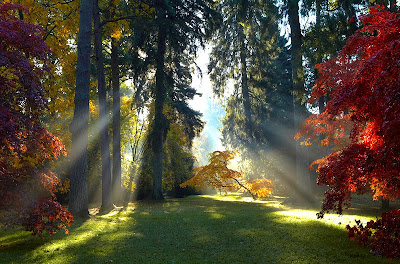 But enough of that.

The other shot I wanted to get was overlooking the village of Chipping Campden, with layers of mists and fog in the rolling valleys into the sunrise.

Well all those elements are the picture, but they haven't come together in the way I had envisaged, in a cohesive composition.

So it is back to the drawing board, I will have another scout around, this time with camera and different lenses. I think want I want is there somewhere, and quite nearby.

Anyway, as you can see the weather conditions were perfect for me, but that is only one part of the story. Till next time 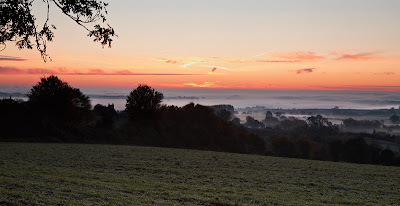 Apart from that, I had a cracking day today, despite the cold/cough being a real pain. We had a family outing to see Gloucester v Leicester Tigers in the Rugby Premier League. It has been few years since I last went to a game, and what a great atmosphere it was.

Have a good weekend