I have continued to test the New D7000 and so far it has exceeded my expectations, I think people forget what market this camera is aimed for, Just a few years ago you would have been lucky to get half these features in a top pro body, The D7000 has a new processor,new sensor and new AF system, I would think that these will go into the D400 when it arrives next year with a few enhancements and some new features,
I wanted to give the new AF system a good workout and shoot something that would test it, No point in shooting a heron in flight, a car or a big lumbering dog-No this called for Alfie my Miniature Schnauzer, Show him a stick and he will move at incredible speed, I took him to a beach on a local lake, The sun was high and the sky cloudless, After Alfie had had a dip and run around i set the camera up-AV mode, ISO 800 to get a very fast shutter speed, AF-C with 9 assist points, Its very important to get a very fast shutter speed when testing the system as you don't want to wonder if a soft image is due to motion blur, I had taken some shots at around 1/400 and although a few were very sharp there was some that were not-my bad as they say here so ISO 800 gave me in excess of 1/3200 which should be more then enough, I shot continuous bursts until Alfie was at my feet and we shot until he slowed down and was getting tired-nearly 200 shots,
Here is a typical burst 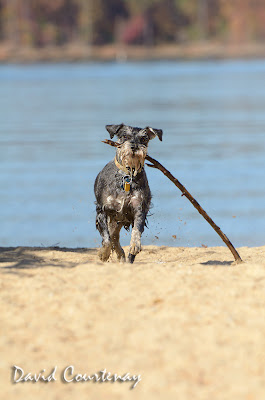 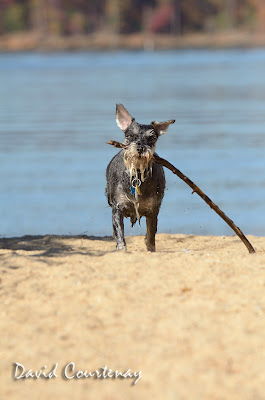 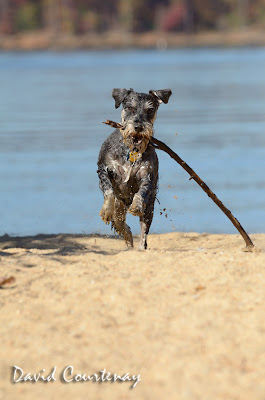 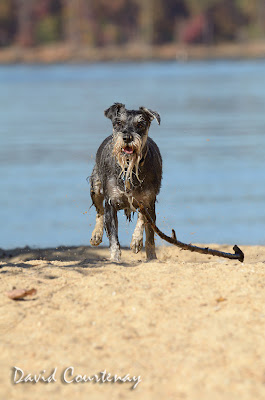 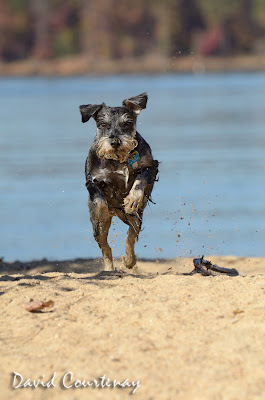 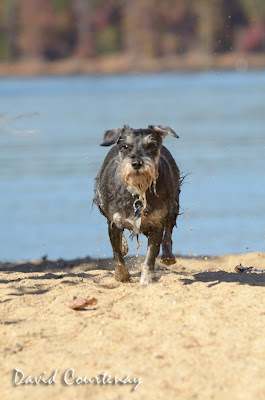 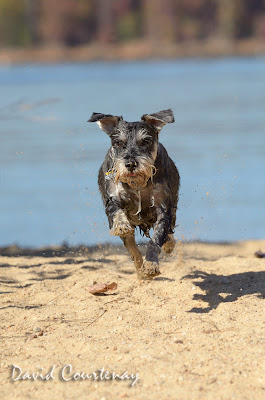 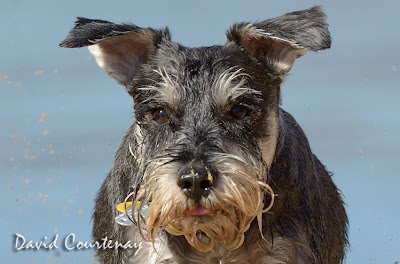 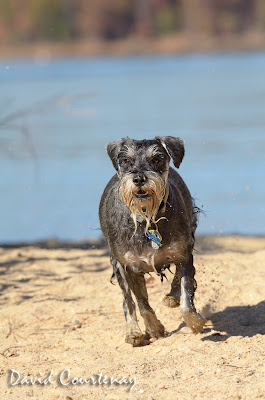 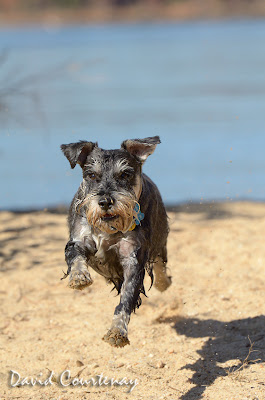 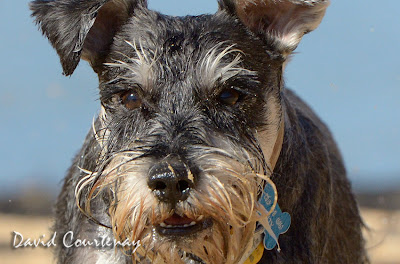 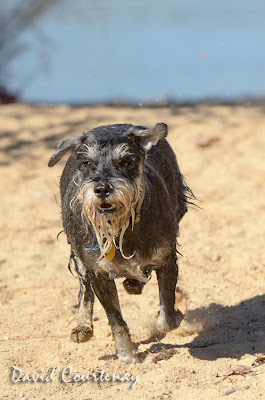 So not 100% but the 2 that mis- focused on the body rather then the head i think is more to do with the way the dog runs i.e head up/head down and also down to me, Its very difficult to keep the AF point directly on the head when he is moving so fast, At no point did the focus grab anything else, It stayed on the subject and if it focused on the body in one image by the next frame it was bang on the head which is amazing for such a small fast moving subject
All images are straight from the camera and the only processing was some sharpening-All full frame
I used a Nikon 70-200VR2 which is great lens and will certainly help in situations like this, As i said at the start of the blog, The D7000 has exceeded my expectations in every departments, The IQ here is great and dont forget these are ISO 800 without any NR-I would not have managed that with the D300!! The AF system seems very solid-not jittery like i said before, Once you are locked on it stays with the subject and as long as you have that all important shutter speed you will get great results-oh and a decent lens helps no end