After my last but one post, I put the moth trap out again on Monday night/Tuesday morning as the forecast was quite good.  Low winds, a little cloud cover and no moon to speak of.  I don't put the trap out every night, as after I have caught the moths  in one session, I put them out into the dark areas of trees, ivy and other cover, I would only end up catching them again the next night.  So this technique paid off with some new specimens.
The first image is of a Buff Ermine, which I have had a few times, but I like them so wanted to share with you. 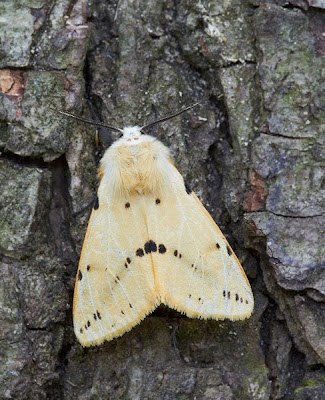 Buff Ermine
This next species is one of the reasons I wanted to build my trap - to see these beautiful hawk moths again.  I had the caterpillar of one of these when I was a young boy as a pet, as you do, for a short while until it turned into a pupa. 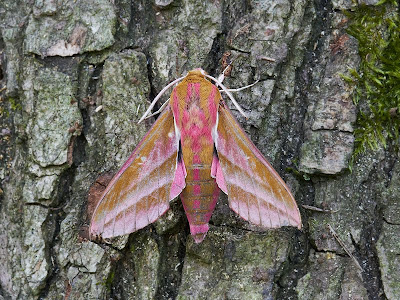 and from the side
It was a good session, although I do struggle to get up and cover the trap over at first light, and I am sure I lose lots as the day light comes up.  Still the nights are getting shorter.
One of the things you do find is a lot of moths that are attracted to the light, but take refuge in the surrounding vegetation.  This next species was one such that Jac found today while working in the garden with me. 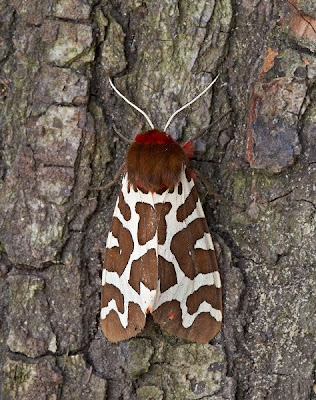 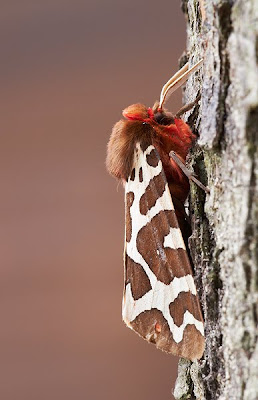 and also from the side as well

Make sure you click the images to see them as a larger view, and then click back to get back here.


OK that's it - I really must write up the 'How I built it' blog, but I keep using it and prefer to show you the images.  It will be my next blog for Friday - promise!!
Martin
Posted by WPATW at 05:00