What makes a good image-the subject? maybe but i think its the light, You can have a great subject but if the light is crap then the image wont come alive, Soft warm light is the key, Early morning and late evening light is the most pleasing,Its one of the key elements behind any good image along with subject and composition, i read a book once where the author said that its not the subject thats difficult to get, its the light and i totally agree, I have been shooting the white tails for the last few weeks, i only go in the early evening as thats when the light will be best for my set up and although i have been getting plenty if images the sweet warm light has been difficult to get, moreover its been difficult to get all the elements to come together, The other evening i did have a female in front of me,very relaxed and drifted in between the shade and the light so i did get some ok images, the grass is growing and i may need to move the hide to get the deer in lower grass 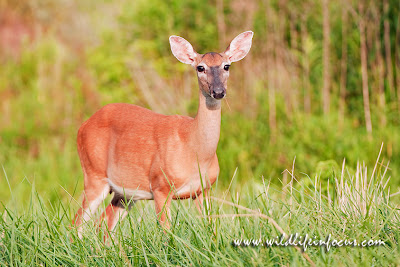 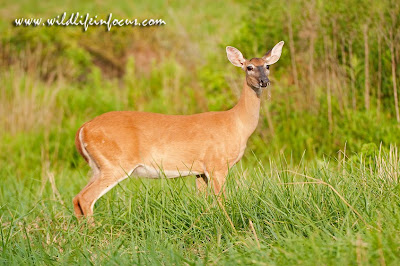 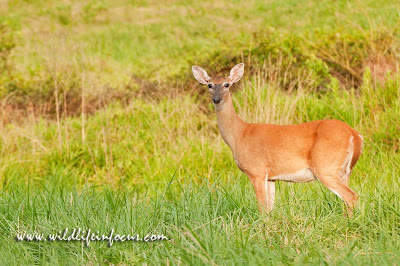 Yesterday i watched the hummingbirds at the feeder and decided to try and grab some shots, Last year was a bad year for them and although we has some they were few and far between, As i set up i had one feeding in front of me, I used the D3s with the 600 and 1.4x along with the SB900 flash, I didnt use a better beamer as i was at minimum focus distance, The results were ok  but the wings were totally blurred as expected so i decided to try a multi flash set up, This set up would be totally new to me, I set 2 SB600's infront of the feeder and the SB900 set close to a ply board behind the feeder, it took some fooking about with but eventually i started to see a result, I had the flashguns set in manual at 1/32 power which gives about 1/20 000 sec and i had the camera set to manual 1/200@ F16 and ISO 200, you can see its nearly there but not quite as there is a ghosting around the wings but not bad for a first try, i hope to refine the set up tomorrow, Its actually very addictive, i will also swap the feeder spout for a flower which i will fill with sugar water to make it look more natural, So my day consists of hummers during the day and deer in the evening, I have been baiting the foxes as well and watch them late at night-all in good time 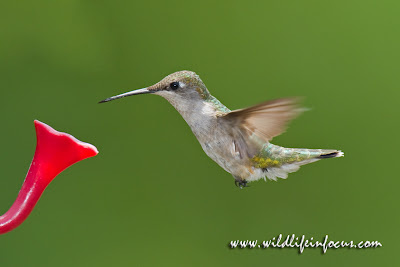 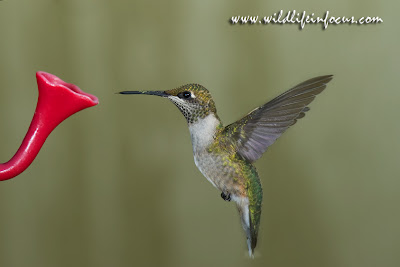 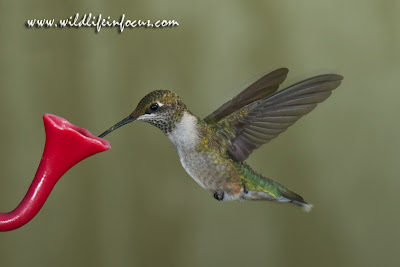 The good thing about the multi flash set ups is that you control the light, Without the flashguns the image was nearly black