In my post yesterday, I mentioned that it was early June when the Common Blue had just taken to the wing.  Well I was only a month out - those images were taking a month after they had really taken to the wing, and were in full mating mode.  Today's pictures were the ones I got when they had first emerged and were taken before we went to North Uist at the beginning of May.
These images were of a number of different individuals, but wanted to share a photographic study of different compositions, plants and angles. 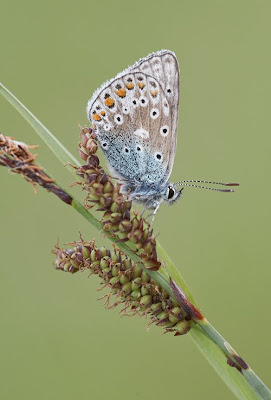 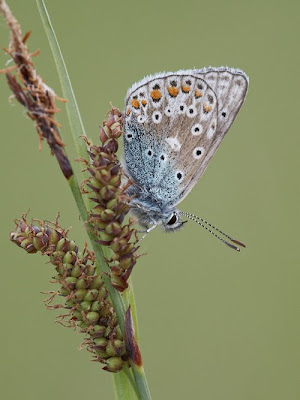 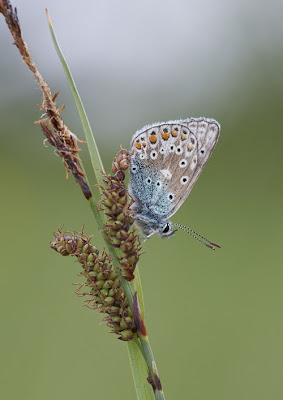 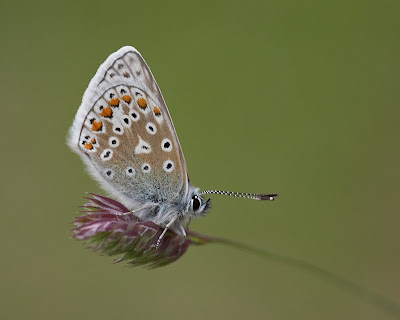 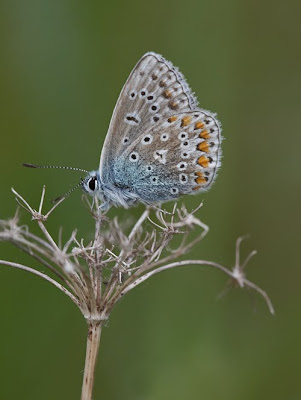 These were among the first images I took on the new 'old' 5D and with the fabulous Canon 180f3.5L macro lens.  Let us know which if the styles shown here you like best and why?
Martin
Posted by WPATW at 09:27