A short while after we got back from North Uist, we went down to the River Avon in Stratford as I expected to see Banded Demoiselle.  We went disappointed - there were hundreds of them, along with Blue and Azure Damsels. 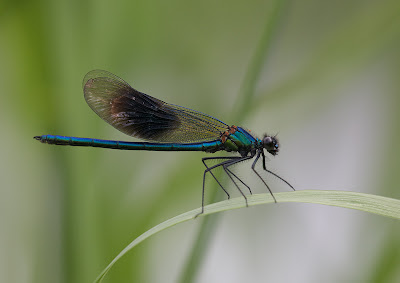 The male Banded Demoiselles were the easiest to see initially, as there wing patches 'strobed' as they flew,  It was still quite warm at the time, and so it wasn't that easy to get settled subjects. 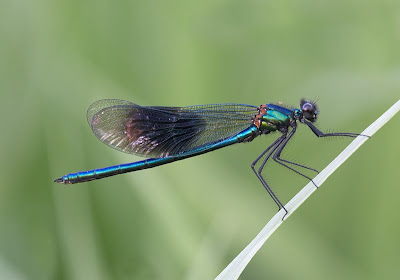 The females are also beautifully coloured, but without the black wing patches.  I caught this one eating an unlucky Mayfly. 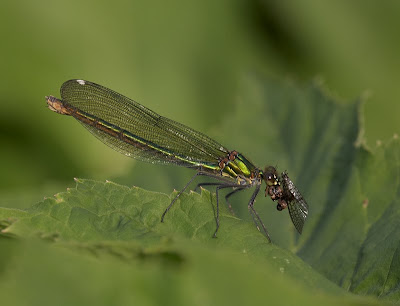 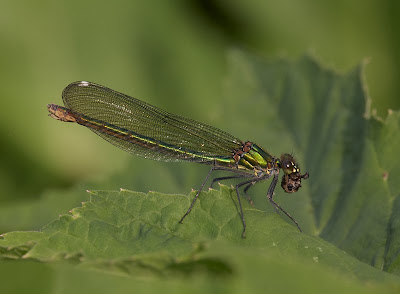 A few seconds later and no wings left on the supper