In my recent series from North Uist, I promised I would post up some of the views of the landscape so you could see the sort of terrain.


North Uist is a 'low' island with only a couple of minor hills, the largest being Eabhal at 347 m on the east side of the island.  It covers an area of 117 sq miles with about half of the land mass being water such as small fresh water lochans and peat bogs.  More details can be found here and here if you would like to know more detail about the island.

Our accommodation was based on the west side of the island right next to Loch Hosta,  just by the sea as well.

'X' marks the spot - our accommodation next to Loch Hosta 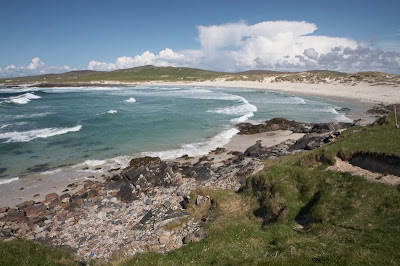 Hosta Beach
I mentioned the Committee Road in many of my day reports.  This was a great place for Hen Harrier and Short Eared owl and we were never disappointed. 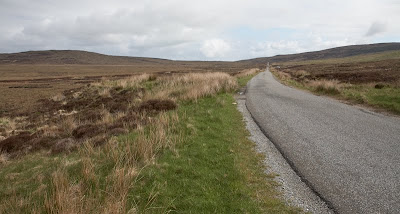 Committee Road through the heather and peat
Peat fires are quite common on North Uist, as there are virtually no trees to be seen.
Each area of the island is allocated a location where they may cut peat.  This is carried out during the summer, and the 'bricks' are stored in a pyramid style to dry out. Once they are dried, they are bagged and taken to the houses.  When we first saw the scene below, it looked like the land was littered with plastic bags from the distance.  but as you got closer you could see the previously cut area, the freshly cut rows, and the bags awaiting collection.

We also visited Balranald a few times as it was very close to our accommodation.  This was where we saw the 'machair' - an area of land behind the dunes by the sea, which comprise of cultivated areas of dune.  This was very popular with the birds as we found out. 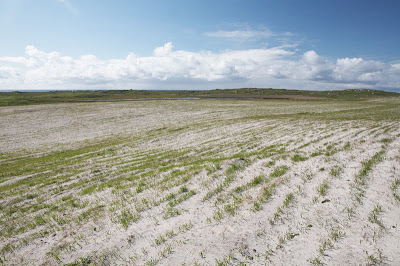 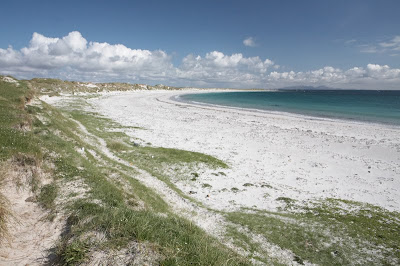 The beach at Balranald 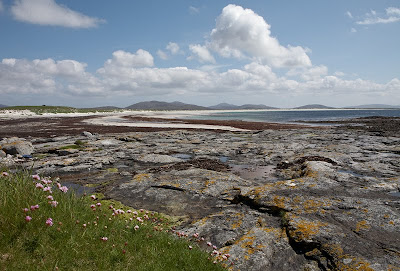 and further south on South Uist at Ruhba Ardvule
Now with sunrise and sunset being either so early or so light at the time of the year we were there, I did not fancy get up and silly hours to capture the first golden light, so all these images were taken during our normal daytime activities while we were out watching the wildlife.  So no beautiful sunrise or sunset shots this time - maybe next year.
I will do two more posts from our trip.  One covering the out-takes/mistakes, and another with hopefully a couple of useful tips and learning points from using the 7D and other bits.  You will also have to put up with me blogging for a bit as Dave is otherwise engaged for a while as you will have seen from his last post.
Martin
Posted by WPATW at 11:10