OK don't fall off your chairs, I have been out using my camera.

I took a trip yesterday morning to one of my favourite fungi sites so thought it was time to share a few images as it has been a bit of a photo drought for me with one thing and another.

Fungi this year has been very late due to the dry autumn, but it has come out in abundance at my usual spot in probably the last couple of weeks, as there is a lot that is past it's best, but I managed to find some good specimens, which I will share today.

I got a few that were going over that I quite like that I will post in part 2 later in the week.
Among my favourite species are the Mycena group. It is not difficult to find lovely individual samples, but also fabulous family groups so here are some of each. 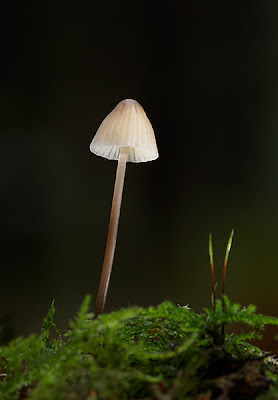 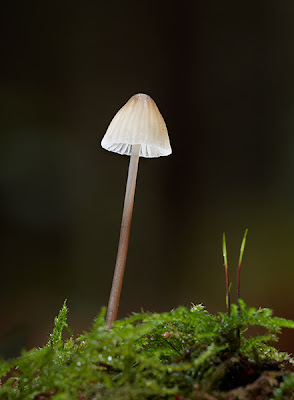 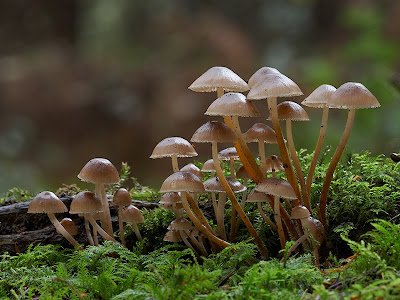 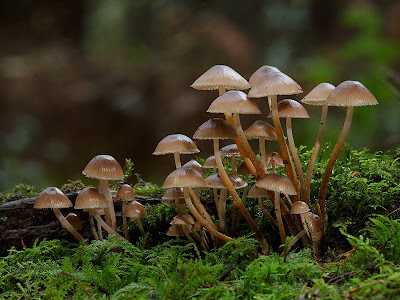 For all these shots, I used the 1Dmk3, Canon 180 f3.5L macro, live view, hanging from inverted centre post on tripod, self timer, STE-2 wireless flash trigger, and one or two Canon 580 flashheads, both with Stofen diffusers fitted.

Just wish I had got the two moss fronds sharp on the first two images - didn't pay enough attention to that critical elements.

Some different species and techniques in part 2, plus a short view on rechargeable flash batteries.