Getting lost in technology 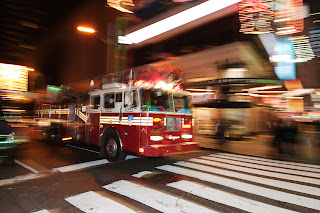 It never pays to make plans as there is always something that will get in the way-In New York for me it was Technology, I drove up and used the sat nav as guidance, As soon as we hit the city it stopped working probably due to the high rise buildings stopping the signal getting through, Navigation around Manhattan is fairly easy as its numbered blocks but as soon as you leave the island you are on your own, The first time i went to Jamaica bay the sat nav worked on and off even though i was off of the island but Monday it made my life a misery, I left at 6am and had about 20 miles to travel, I made it off of the island without any signal but even then it would not pick any signal up so i did my best to get as lost as possible and after an hour i still has the Manhattan skyline in sight i decided that the best light was gone and i then had to try to get back which took an age but i somehow managed it-what a waste of time, So i get back to the hotel in times square and after an hour my PC crashed, What a day, So i had the day to fill so grabbed the D3 and 14-24 along with a flash gun and spent a few hours walking around and doing some stock shots, As the night drew in i set the flash to rear sync-push the flash button on the top left of the body and move the thumb dial around-then using AV i set the camera so it had a slowish shutter speed and went to town shooting anything that moved, Mainly taxi's,tuk tuk's and police on horseback and motorcycle, Very experimental stuff and lots of panning, I wasnt that bothered to get every shot in focus as some blurry stuff looked quite good as well, Not the type of photography i would normally do but enjoyable all the same, One thing i did notice in NY was that a lot of people carry their cameras around tourist fashion i.e around the neck in full view, The other thing was that as well as Canon and Nikon cameras there was also lots of Sony and some Pentax showing that they especially Sony are making inroads into the low-mid camera market 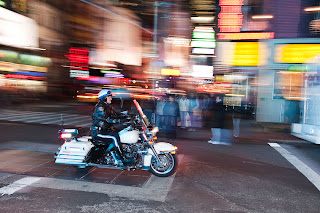 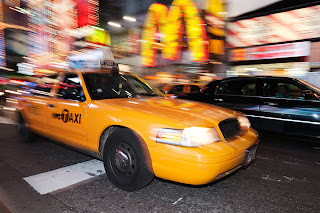 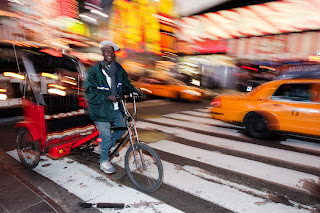