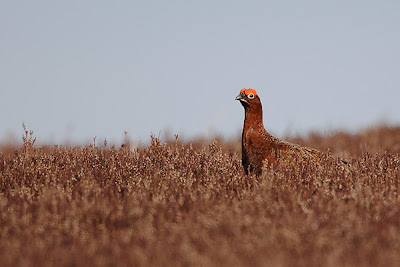 Further to my last post here, I said I would update after a some testing.

Well I went up north this weekend to shoot some Red Grouse. The cock birds were definitely trying to impress the hens at this time of year and were strutting their stuff.

I didnt get as many shots as I would have liked and I still need to do some more testing, particularly on moving subjects.

All the shots that I took were off pretty static birds, using the car as a hide with the bean bag on the door of the car.

I tried centre point and also off centre. There ere a few out of focus images, but cannot be certain that wasn't operator error, so am not going to say for certain. I will do some more testing at the weekend. Probably with the highly mobile Black Headed Gulls here at the bridge in Stratford upon Avon, where I did all my original testing when we had the difficulties last year. 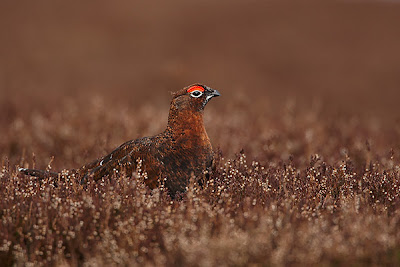 First impressions look and seem good and appear to have better level of sharpness. But I need a bigger sample of images to be perfectly happy yet.

But anyway, here are a couple of images from my trip.

I will do some more work on this and let you know.