Gear we use and abuse-Extension Tubes 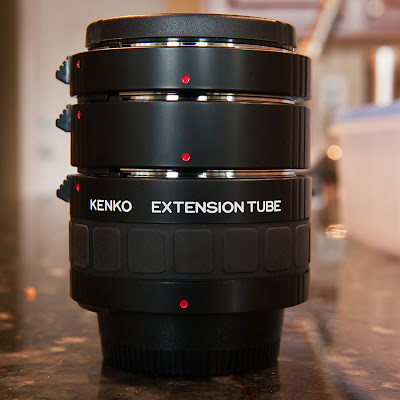 I get asked or see on forums questions about the difference between an extender or an extension tube, I covered the extenders last time-basically its a small lens that fits between the body and lens that magnifies the image, An Extension tubes fits the same as an extender but it is tube as the name says with no glass,What it does is move the lens away from the Camera bodies focal plane which make it possible to focus closer than the lens would normally allow, Camera lenses do not have any limitations in focusing away-you can focus at infinity but there are limitations in focusing close,My 600 has a minimum focusing distance of 5.5m, If i want to photograph a small plant/butterfly or bird with it they may be too small in the frame but if i put an extension tube on i can move closer and make it larger in the frame, Why use such a large lens for a small subject-well a long lens will throw the background nicely out of focus and give you some distance from skittish subjects like butterflies and dragonflies, You can use an extension tube on ANY lens unlike an extender,There is no glass so it doesn't degrade the image in anyway,The downside is that you loose the ability to focus at infinity so you can shoot closer but not at distance, Extension tubes come in a variety of sizes, Mine are a set of 12mm/20mm and 36mm and made by Kenko, I don't see the point in buying the expensive versions from the camera manufacturers when no glass is involved, My ones allow AF to work along with all electrical signals to the body and as i don't use them a lot they more than fit my needs, You can use then individually or as a pair or a complete set stacked depending on how close you want to get, One combo that works very well is a 300 F4 lens which has a good close focusing distance already combined with some tubes make a great kit for butterflies and dragonflies, You can increase the magnification when used with a macro lens to go beyond 1:1-very versatile and not overly expensive-A good addition to your camera bag,They are not going to replace a macro lens just enhance other lenses that you have for certain shooting circumstances
Here are some examples of how it works,I took these shots of a perch above one of my feeders,There are in order 600 only,600+12mm tube,600+20mm tube,600+36mm tube and 600+all tubes stacked, I notice when using some of the tubes with the 600 that i am getting some vignetting or darkening at the corners which is something i haven't had before so will need to shoot some without the hood to see what's causing it but it gives you the idea, 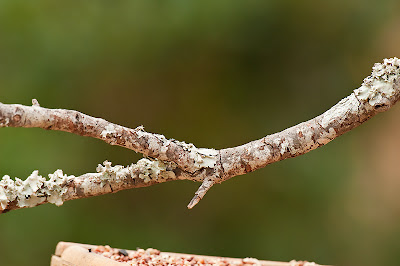 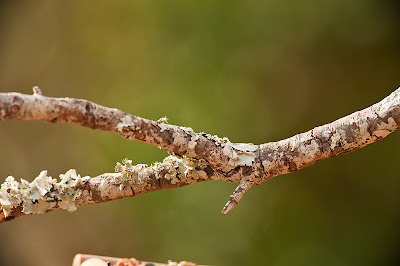 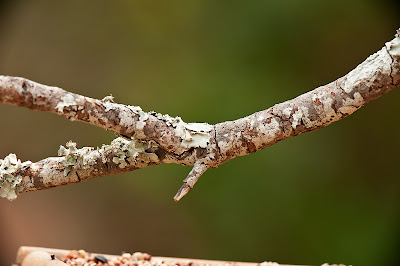 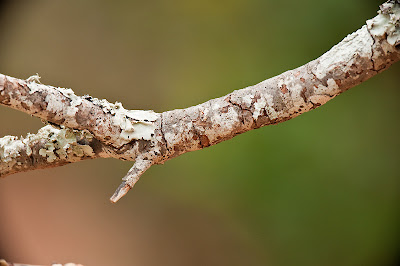 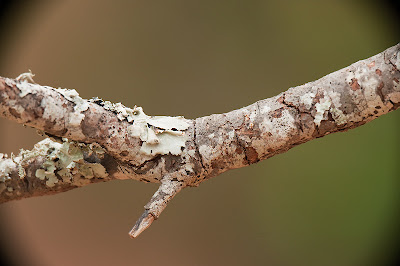 Email ThisBlogThis!Share to TwitterShare to FacebookShare to Pinterest
Labels: extension tubes, gear we use and abuse, vignetting