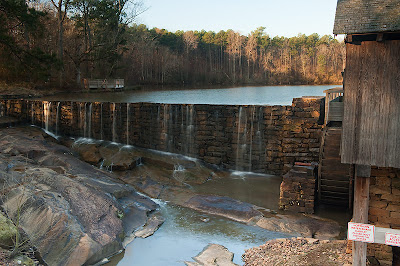 We are having a mini heat wave in NC and the last couple of days have been glorious-sunny and hot enough to think about shorts and tee shirts,How different to a couple of weeks ago when it was freezing and with snow, I spent yesterday afternoon looking around Lake Jordan hoping to get a nice sunset or 2, Although the weather played ball i just could not find a place to shoot that had any decent foreground interest or a nice small island or similar for a silhouette, 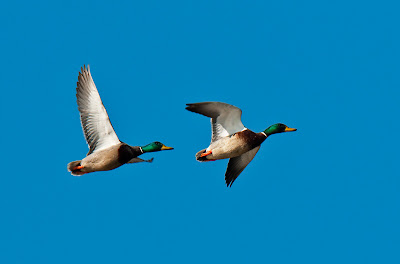 I ended up driving around 70 miles-its a big lake, But the time wasn't wasted and i did make some notes for future reference, I decided to get up early and go to Yates Historic Mill, An old mill as the name implies on the edge of a small lake,Very picturesque, The place doesn't open until 8am although i have been there a few times and the gates have been open earlier,Today it was 8am so as i was early i checked the fields and ponds close by, i did see some deer but even distant they soon headed for the woodland so i went back and took a shot of the dam from the road, When the gates opened i went in and hoped to get a better angle of the Mill and Dam in the early light but i was greeted with a construction sign saying that the mill and creek area were out of bounds until the construction had finished so i grabbed the long lens and sat under a tree hoping that the Buffleheads or Hooded Mergansers would come over, The hoodies didn't but the buffleheads gradually came closer, Not as close i would have liked but i had a good view, They started to get aggressive towards each other when a female arrived and i managed some action type shots-nothing spectacular but good to see and i have now learnt a bit more of their behaviour so next time i will be ready, Apart from the lake there are a couple of trails which are worth a look as i have seen deer on most occasions as well as plenty of different bird species, I will go back after the construction has finished to get the landscape shots i missed today