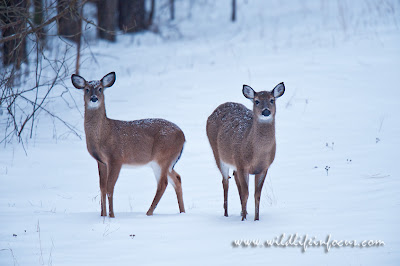 It started off with the beaver casually walking amongst the joggers on a local lake in daylight and ended with 5 inches of snow and freezing conditions, The last couple of days i have been tied to the house as conditions were too bad to drive, The snow and freezing rain trashed my hide that i had set up in my garden for the last few weeks, I did a couple of hours on saturday morning but even at ISO 1600 the shutter speeds were low and with driving freezing rain i gave up, I did have a new species in my garden-a fox sparrow, I grabbed a couple of shots but they were just for ID, I was amazed at the numbers of birds but i guess if they don't eat in those conditions then they wont last long, I put some corn and minced dog food out in the late afternoon for the deer and fox but the deer came late and the shots are not up to much and the fox waited until dark, Now that the roads have cleared a bit i will pop up to the lake again today and see if the beaver is around as a few shots of it in snow would be nice, The beaver shot was taken with my new 70-200 f2.8 VRII on the D300 at 70mm so you can see how close you can get, I did get plenty of shots of the beaver both eating wand walking and although i have clipped its tail here i like its expression 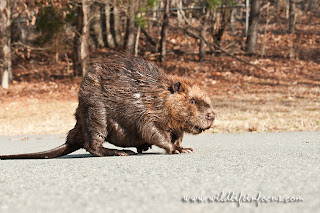 Email ThisBlogThis!Share to TwitterShare to FacebookShare to Pinterest
Labels: beaver.snow.deer