After I had taken the Crossbill pictures, and before we went on for another llok for the Hawfinches, we popped down to some ponds that I knew of where there had been Goosanders reported.  Sadly there were none of these lovely birds, but we were blessed witha number of other species.  many of the common water birds were there, along with four beautliful male Mandarins, and a couple of females as well.  The males certainly do bring a bright splash of colour on a winters day. 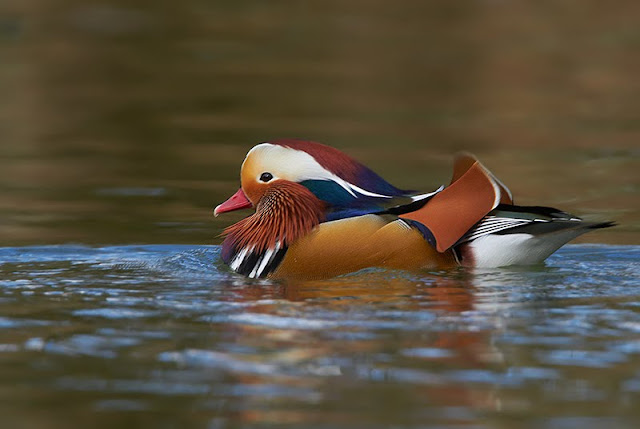 Could have done with a bit of a head turn, but he only had eyes for the female he was following, as did the other males with him.

And just to show the trip was not all wonderful rare or unusual birds, here is one of my favourite little birds, signing at the top of his voice to me, in a dark part of the woods 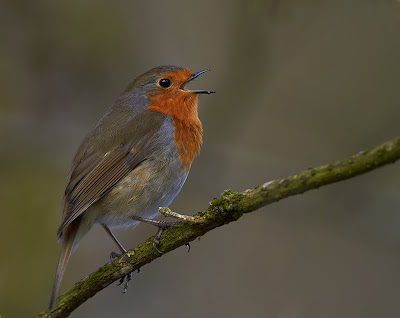 Email ThisBlogThis!Share to TwitterShare to FacebookShare to Pinterest
Labels: forest of dean, mandarin