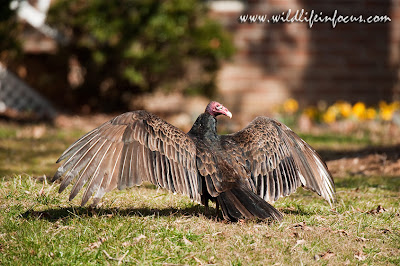 Yesterday we had some very nice spring like weather, I was on my way back from the shops when for some reason unknown to myself i took the long route home, I drove past a dead opossum in the road with a turkey vulture on it, The vulture flew on top of a post as i past it so when i got home i grabbed my D3 and 600 with a 1.4x and went back, When i arrived there were 4 vultures and another couple circling above, I find Vultures can be quite shy but these stayed around a while mainly showing off to each other rather than eating, I got some shots but a few people drove slowly by and in the end they flew off, I decided as the weather was nice to pop down to the local lake and take some duck shots etc as i knew that the light would be in my favour at that time of day, I set up but could hear a commotion in the nearby trees and found a wood downy woodpecker poking its head out of a hole and some brown headed nuthatches dive bombing it, I guess he had taken their hole, I watched for a while and then set up to see if i could catch the action on camera,It was a tall order and i never got the shot i wanted, I really could have done with a flash to help freeze the action but instead i had to set the camera at max aperture and the ISO to 1600, That would mean i would need to get the nuthatch and woodpecker in the same field of view which unless the nuthatch fluttered in front of the hole would be impossible, Anyway i have put a few images that were the best of 200, The weather isn't so good again today but i hope to try again tomorrow if the woody is still there, Its a good time of year to start checking out tree holes as birds are starting to get ready for spring, The Muscovy ducks were very inquisitive sitting on the board walk hand rails watching people go by so i grabbed some images of them as well, The tight head shots being a  good test for focus accuracy 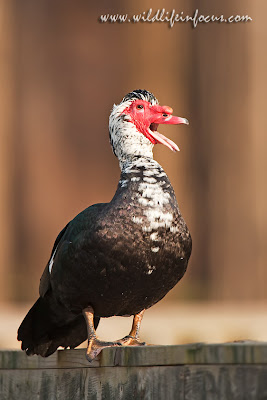 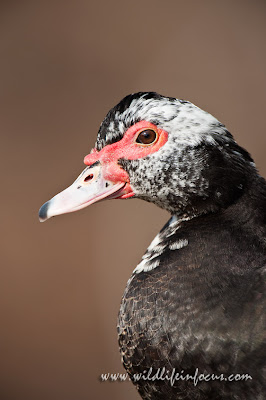 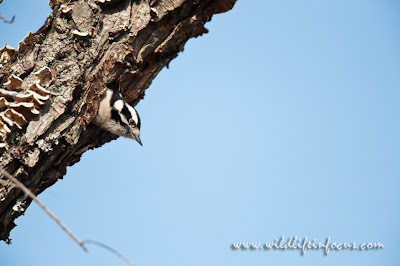 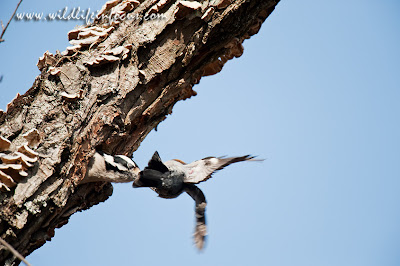 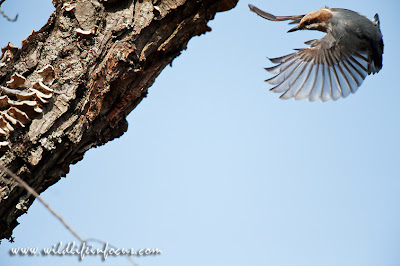