As I trailed in my late Sunday post, the first part of our weekend away took in Upton Warren, a WWT reserve.  Here a a couple of sites that you might want to take a look at, official and unofficial.  We had already been there in early Spring with Robbie but wanted to take another look at some of the autumn migrants.
Upton Warren comprises of two parts - the Moors Pools, of which there are a couple with four hides.  The Spring trip previously reported  was too this part.
As I mentioned in the trail, the light was awful and not conducive to decent photography. 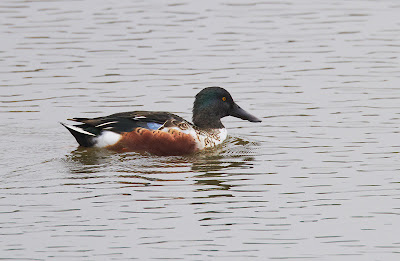 Male Shoveller
I took this image for record purposes.  I have always ben fascinated by these since I was a small boy and they bring back memories from the first time my father took me birdwatching.
The hides at this location are really not set up for photography, as with most hides in that they are too far away from the action and too high.  But it was good to see some nice wildlife including a passing Kingfisher.
Driving back round to the other site, parking at the sailing club, we walked across to the Flashes.  This site has three hides.  One of them is tiny and has a small clearance of reeds and is geared up for close views of Water Vole and Water Rail.  We didn't spend long in there as we were overlensed so no point.
Further round at the main hide the interest from the birders was the Pectoral Sandpiper which was right across the other side of the water, over 400 metres away.
The Green Sandpiper came a bit closer and I got a couple of shots. 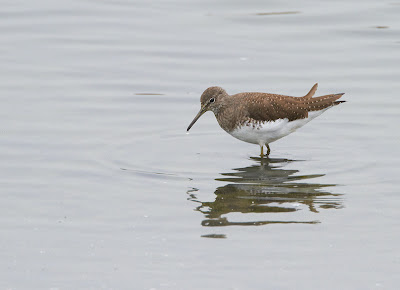 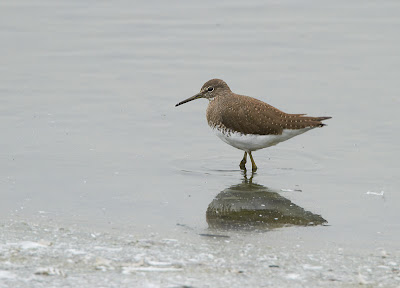 No change in the light, but if it had been brighter it would not have worked in my favour as we would be facing the sun.  Definitely a later in the day kind of hide if you want to take photos.  But again still a high POV sadly.
Walking back to the car, as we came round by the sailing lake, we saw one party of canoeists training and another party of about a dozen kids under sail boat instruction on the jetty.  Just a mere 20 metres away, a juvenile Grey Heron was watching them while stood in the relative safety of a moored boat, quite unperturbed by all this human activity, so it did enable us to get a few shots. 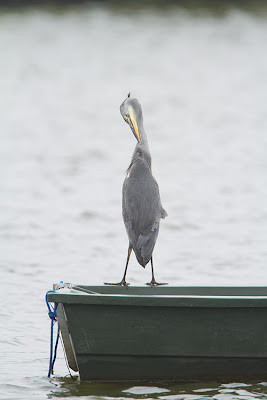 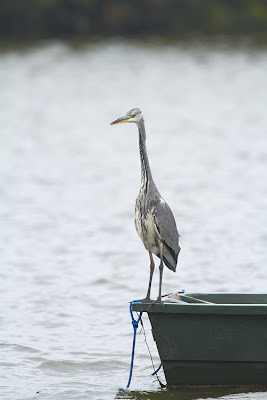 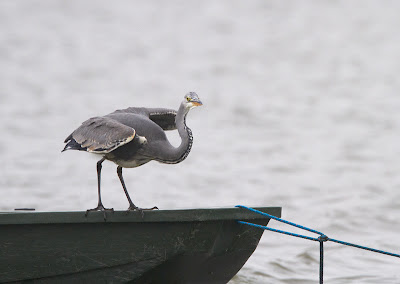 Just about to take off after it was being heckled by a flock of gulls
If you want to go to this site, remember it is a WWT site and so unless you are members there is an entry feee, but it isn't much and worth paying to support the work there.
We shall be back a few months when the Bitterns return.
So with the awful light, sadly nothing particularly stunning but worth a visit nonethless.  My mantra remains I go to watch wildlife and if I can get a photo its a bonus - just as well with the weather we can get here in the UK.
In the next parts of the trip reports, I will share some better images of the Red Kites, talk a bit about the improvements at Gigrin, show a bit of Kite Behaviour, and share some more examples of Steel Eye as Dave shared with us a while back, although I cannot find the link at all
Martin
Posted by WPATW at 05:00