Fall in the Smokys 2

I decided to give Cades Cove another try so up and out at 5am and arrived just before 6am, I grabbed the dogs fllecy blanket and rolled it up and woke at 7.30am, Just as the gates were opening which was very fortunate and saved a very red face, There was a very heavy mist across the cove and i had to decide what i was going to shoot, I could stay in the Cove and go for some White Tailed Deer and some landscapes or turn right at the 2nd Baptist church and head up hill and out of the park but i would have great views over the park from a height and also a good chance to get the church in the fall coloured trees and mist, I decided to go high, Its a do or die as its one way and once you start you cant turn around, The road leads you over 20 miles out of the park so its game over once you start, I stopped at the over look and set up, i instantly had a feeling of being watched and kept a close eye out incase a bear was around, I could hear some strange noises in the nearby woodland and some twigs snapping, the birds were also upset at something, I must admit it was quite eerie up there but at least i was alone, I spent nearly 2 hours shooting there from heavy mist to clear, I went back in the late afternoon but again it was a circus in the cove and it took over 2 hours to get around and didnt take any images of note, The Cove can be a great place but at peak season like now its just way too frustrating to be worth the effort, The surrounding areas are fantastic though for landscapes so the area always has something to offer 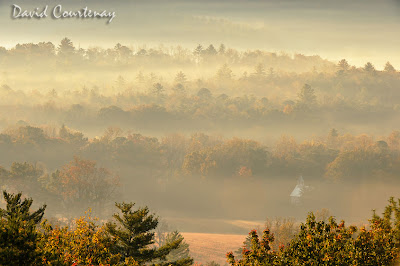 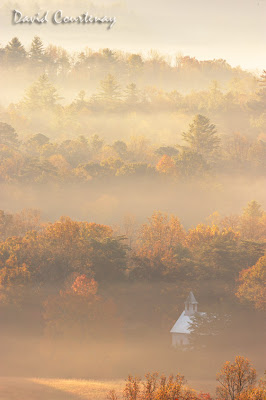 Both images taken with the D3s and 200-400
I shot the D3s,D300 and D7000 side by side today, I couldnt understand why the D7000 needed a different shutter speed to get the same exposure but have since remembered that i had the active D lighting set, The results were not as expected with the D7000 looking worse than the D300 at ISO 800 but to get a proper test i need to turn the D lighting off and reshoot, I hope that will make a difference, We are about to leave Tennessee and move to Boone in North Carolina for a few days