Fall in the Smokys

The weather here in the Mountains has been beautiful, 75 degrees and blue skies, Infact its been a bit too good, Not long after the sun rises the light goes very contrasty, I spent the first day looking around and visiting old haunts, One thing that is very noticeable is that the colours are much much better than last year, A couple of areas are stunning and the colours have peaked in some areas and will be peaking over the next week or so in others, The tops of the smokys are just about done and 1/3 to 2/3 up are at their best as well as around the streams, Another thing is that the rivers are very low and areas where i shot last year are not worth the effort this year, However there are still hundreds of lovely stream areas that really are worth some time and effort to get the best from, I decided to go to Cades Cove late yesterday (Sunday) morning after visiting the tremont area, I thought that the masses would have been and gone but i was wrong, 11am and there was still over 1/2 mile of traffic waiting to get into the place and it would take 2-3 hours to get around the 11 mile circuit-no way, The traffic around the area at the weekend can only be described as HELL and you would be mad to even consider trying to get in, Even if you did photography would be very difficult as every Tom Dick and Harry wants to shoot the same deer as you and will chase them off, I headed up to Clingmans dome for the sunset along with about 20 other photographers and about 500 other people-its a busy place, One thing i noted that out of about 20 photographers only 3 has Canon gear and i was Minolta,The balance being Nikon, I went to Cades today (Monday) and arrived at 6.02am, I was car number 4 and by the time the gate opened at 7.45 there were hundreds of cars waiting, It wasnt long before i came across a group of about 8 bucks locking antlers, I really should have carried on as the light was crap but i stopped and tried to get some shots as did another dozen photographers, I used the D3s as i was shooting at ISO 1600 but the bucks soon moved off and that left me in the middle of the pack, I left the Cove and headed back to Tremont to get some landscapes and found a couple of beautiful areas and spent a couple of hours alone there, To help combat the light i tried to shoot in shady areas and also used a poloriser and even a 10 stop Lee filter which gave me a shutter speed of over 2 minutes, I am back at Cades Cove early tomorrow and then back to do more landscapes, As a note i used the D7000 100% on day one and today i used the D3s as it suited the photography better, 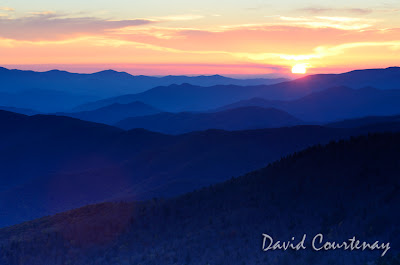 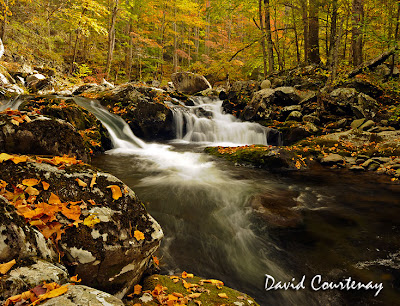 As above but with the 10 stop 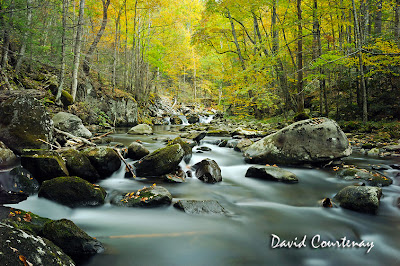