I have said it before and i will say it again, The background in your image is just as important as the subject, I still see lots of very nice images on forums with comments like-'nice but the background is distracting', Now its not always possible to get a very good clean background and you don't need to, It just has to be pleasing on the eye and have the right kind of light on it i.e make sure you know at what time of the day that the light will or will not hit the background for the best results, Case in point, I was in Monterey California and i had been shooting Sea Lions from a restaurant entrance-well the light was the best there, so i grabbed a bite to eat and the when i was finished i headed off and bumped into a group of grackles feeding close by, I was already set up so i quickly took a shot, I checked the image on the screen and histogram etc but noticed that the background was a bit distracting and uneven 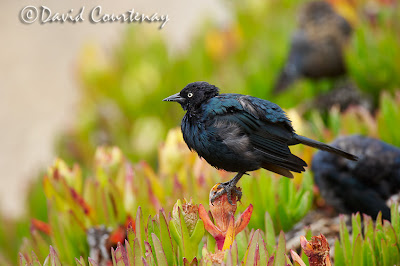 So 2 steps to the right and its was much better 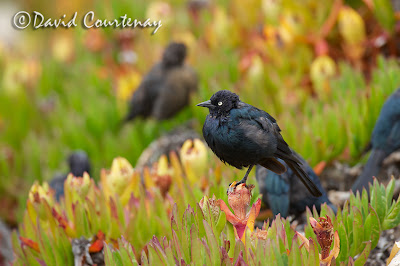 And a quick shot in portrait to keep the agencies happy 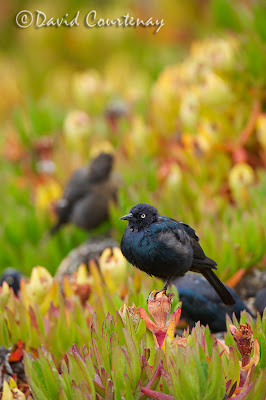 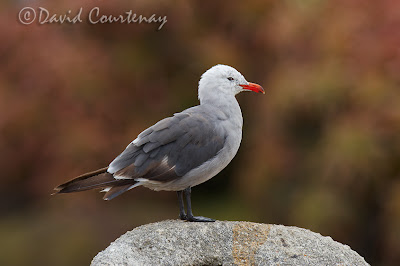 There was a very colourful bush in the distance behind the bird if you positioned yourself at the right angle, Just down the road from this image i took another image of a Herrmanns Gull with the late afternoon light on the bird with an ocean background 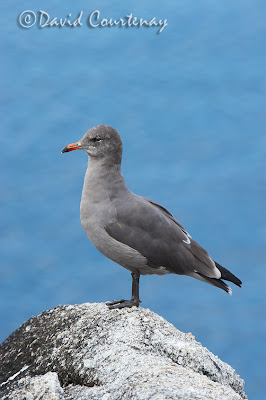 And tonight i was at my deer set up where i now have a bird feeder set up, I set it up so that the evening sun will light the distant fir tree
Cardinal 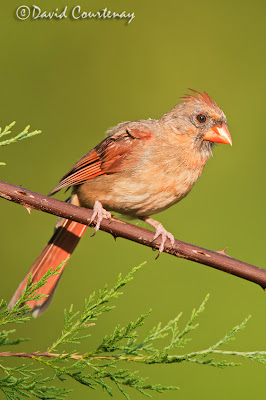 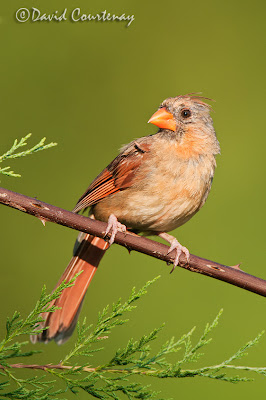 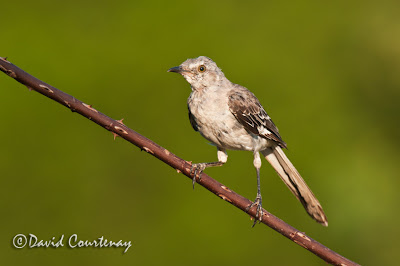 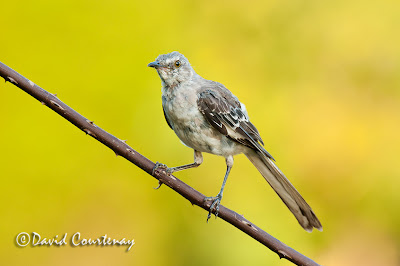 Notice how the light has changed on the last 2 images as the sun was setting, The images were taken within about 30 minutes of each other but have a totally different feel, Its always worth taking note of your background when using a garden set up especially the light direction and time of day and also when taking images like the ones in California-before you press the button look at the scene and move if need be for a better background

Email ThisBlogThis!Share to TwitterShare to FacebookShare to Pinterest
Labels: Backgrounds.technique