Just a short one tonight as I am being serenaded by the twittering song of Swallows on the wing overhead in the warm evening sun.
It has again been warm here in Scotland, although quite breezy again and grey for a while.

I got up early again this morning and inspected the moth trap - a much better result as it was less windy overnight. 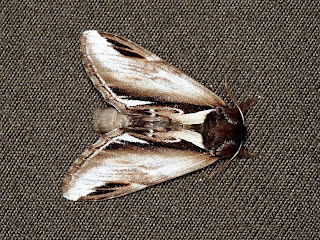 Here is one of the more spectacular captures. If anybody could identify it for me I would be most grateful.

I then spent an hour or so in the hide to get some of the garden birds here. Best of the bunch were the siskins today.

After a decent breakfast it was down the glen with a brief viewing of the Loch Frisa pair of White Tailed Sea Eagles as they flew almost overhead before I went to a location where I has seen Dipper. Well I drew another blank today. So that makes it about five hours in total watching for Dipper now and not an image to show for it. Some days work and some days it doesn't. 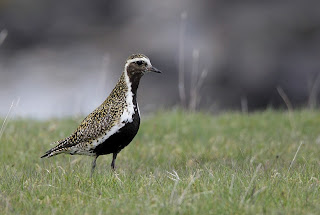 After a few other great spots around the shores of Loch Na Keal, I found a small flock of Golden Plover looking fine in the summer breeding plumage.

These really are great birds with such fine markings on their backs.

A quick sighting of another White Tail and Golden on the way back rounded the day off nicely.
So it is my last full day tomorrow so will look to make the most of it and catch up with a few things I haven't photographed yet, particularly some of the plants here such as Sundew, before I give my talk at the end of the day.