Male Sparrowhawk made two appearances in the garden, but disappeared before I could get my camera to it. It certainly sent the Siskins for cover.

After breakfast, it was up to Caliach Point right at the north western tip of the island for a bit of sea watching. Not many birds although I got some decent Gannet shots, and also added Razorbill for my weekly list. 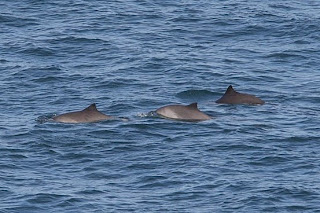 Best sightings were five porpoises, followed by a second pod of three. 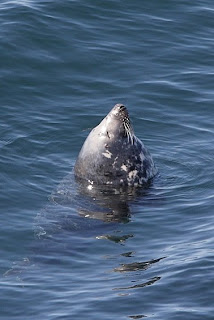 Followed by this Seal in bottle pose. 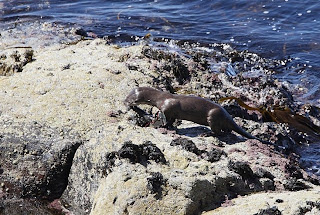 I then moved on to see if I could find the Short Eared Owls, but sadly didn't see them today, but did catch a great pair each of both Whinchat and Stonechat, as well as nine different Green Hairstreak butterflies. These are delightful tiny little butterflies that are very difficult to see. I once heard it said that you don't find these, they find you, and that was true today. As I pulled into a parking place, they flitted up and drew my attention to them. So I had a great time with them and the 180 macro lens. Will save those images for another day.
Martin
Posted by WPATW at 18:08