Well having travelled over 1200 miles when I went to Mull last week, I though it was time to reduce the personal carbon footprint a little, although getting over 50mpg from my EU4 diesel engine I may forgiven for being a little smug. Anyway, I have spent a fair bit of time doing some garden maintenance as I had let it go a bit, but it was remarkable just how much life there is out there now.
Overhead the swifts are screaming, and while cutting back some growth yesterday I heard the distinctive 'cronk' of a Raven, there are plenty of Small White butterflies coming through and I saw my first Green Veined White in the garden yesterday.

The tadpoles are going crazy, forming up in large shoals in the shallows warming themselves. There are at least three newts, Common I think, but will check soon.

On the bug front, there are masses of Hoverflies, many bee species, Green Shield Bug, large Red and also Blue Damselflies now in.

The first picture shows the mass of Ox Eye daisies that have sprung up. This particular patch was supposed to be quite short in height but is over a metre high now, but looks fabulous in a breeze as it sways. There are also a number of fabulous blue Cornflowers coming through as well, as per the second image.

The final three were of a very obliging frog that came up to say hello. I was surprised how yellow its markings are. There are at least three like this with the rest being the usual much darker green/brown colour.

Finally, I had a brilliant day out today with the Warwickshire branch of the Butterfly Conservation Trust, and met some great people. Thanks to Mike, Keith and Val for making me welcome - the site is brilliant, I saw 18 species, including a number of first for me. The food was brilliant to so thanks again. I will post some images from that trip later in the week. 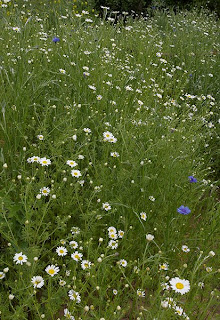 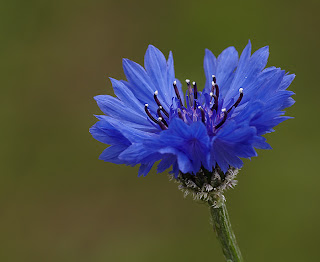 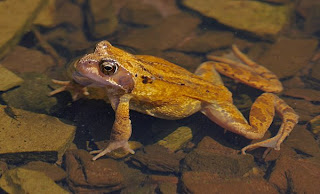 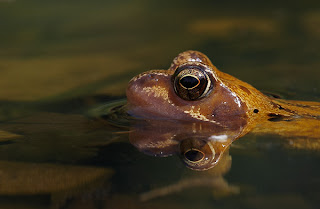 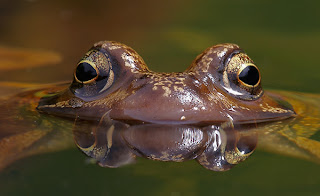