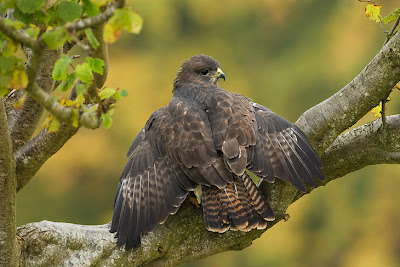 White balance is one thing that can throw an image off, I remember when digital first came out there were generally 2 pieces of info banded about, The first was to slightly under expose and the second was to leave the camera set to AWB (average white balance), Now we all know that under exposing an image and adjusting the exposure in processing will bring grain out and slight over exposure is the way to go but the AWB thing is still something i see people leave set, Personally i don't like AWB and much prefer to shoot with 'sun/daylight' set, Now adjusting your white balance in processing is one thing that doesn't damage the image at all so you can set it really to what you want and adjust it afterwards-no problem, The problem with leaving it in AWB is when shooting early/late in shadows and in winter when the sun is low in the sky-A camera with AWB set ill tend towards the blue/cool end of the spectrum and your images will need the white balance adjusted or else they will look like they have a colour cast, I shot a couple of years ago with a group in wales at a falconry centre early one cool morning, I noticed that some people there had their cameras set to AWB and that the feathers on the buzzard had a blue tinge to them-easily adjusted in PS but unless you realise this then you tend to let it go thinking that was how things were on the day-it was not the case, in fact there was nice light and a very autumnal feel to the scene-See above image
Here is an example taken a few years ago in France-springtime and the first early purple orchids were out, This image was shot on a damp morning in the shade just as the sun was coming up 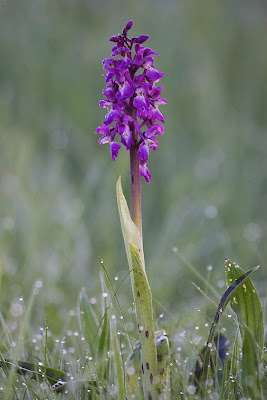 You can see it has a very cold feel to it-the colour temp that AWB gave was 4700k, Now you can see the difference with the colour temperature adjusted to 6500k which happening to be a preset of cloudy 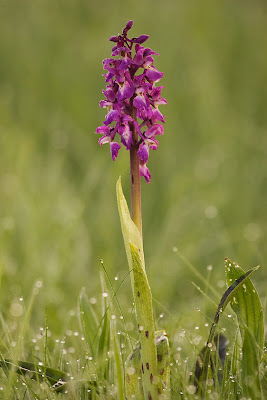 This is how i remember the orchid to look-like exposure the camera doesn't always get things right
White balance is very easy to adjust,you can use the presets in the drop down box such as daylight/cloudy/shade etc or you can use the slide bar under the presets and adjust the white balance until it gives the desired effect 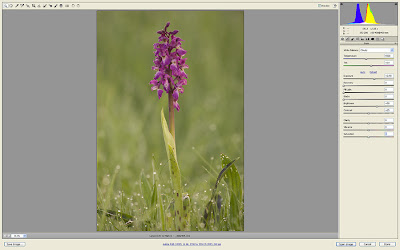