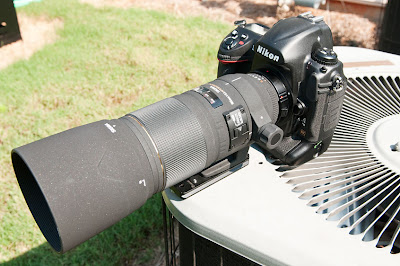 A couple of blogs ago i mentioned how the Tamron SP90 macro had trownsed the competition and taken top honours in a brit camera monthly and said that to get the best results you don't always have to by a Canon lens for your Canon or a Nikon lens for your Nikon body, I bought a Sigma 180mm F3.5 Macro lens when i swapped systems, I did look at others including Nikon's own 200mm F4 and Sigmas other Macro the 150mm F2.8, Nikon have recently upgraded their 105mm macro and it now has VR (vibration reduction) and it gets rave reviews but i wanted the extra length that a 150-200 would offer and make it easier for me as i wouldn't have to get soo close to the subjects which in nature macro photography are spooky enough, Nikon's 200mm F4 macro still has its champions but its a little long in the tooth so that just gave the Sigmas, My brother has the 150mm2.8 and i know a few others how have it and love it, Its newer to the market than the 180mm F3.5 but i know a few pros who get fantastic results from the 180mm so i went with it, Now i don't do much Macro work although i can see its easy to get the 'bug', So last week i decided as there are alot of bugs and butterflies around at the moment to dust off the macro and give it a go, I normally use a tripod when shooting macro as you tend to use a small aperture and shutter speeds tend to be slower than normal, but over here the biggest problem is the heat, its been in the high 80-mid 90's for a couple of months and even in the dead of night it doesn't drop below 70 degrees, Now when i shot in Europe you could get up early an catch the bugs before they warmed up and sometimes with dew on them-here its a different matter as they are already warm and buzzing around at first light so i had to shoot handheld as they flitted from one bush to the next, this meant that i had to up the ISO and not use as small an aperture as i would have really liked, but as this was more of a test of the lens than anything i wasn't so bothered, I used the Sigma 180 F3.5 macro lens on both cropped sensor (D300) and Full frame (D3) and it performed well on both, I was shooting around F11 so vignetting wasn't an issue, AF isn't as fast as it would be with a normal prime, This is also the case on Canons 180mm F3.5 Macro but fast enough, I used the focus limiter to help here but more of that in my next blog, I also tried using manual focus as i would normally do and move back and forwards until the subject is in focus but most of the time as things were moving around too much i had to rely on the AF and focus point placement to get the shot, The lens feels nice in use and in the hand, The controls are nice and smooth and i like the dark grey matted finish, Nikon's 200F4 macro is in the shops here for over $1600 and Canons around $1350 but i paid only $699 for the Sigma so a saving of 50% or more and results that are equal to the factories own lenses, for somebody like myself who only gets to do macro a few times a year that well worth the savings as it is for somebody who does a lot of macro work, Its a robust lens and feels like it will last a fair few years, Here are a couple of examples from last week

with a small crop for presentation 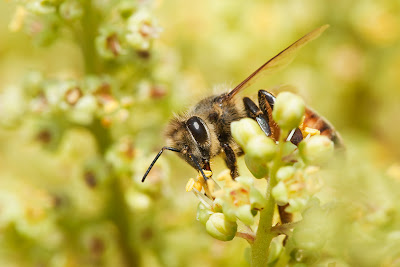 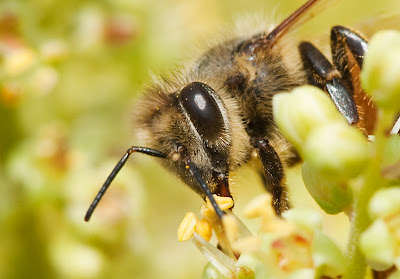 One where i wish i had some extensions tubes on 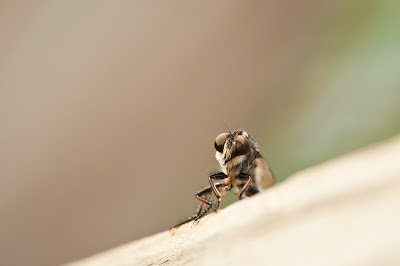 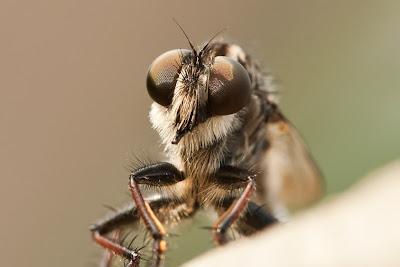 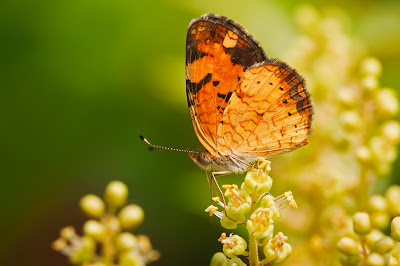 and a non standard Bee image 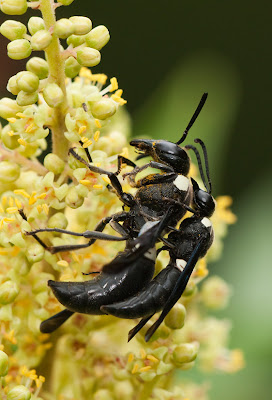 Nikon owners note:when using the Sigma 180 F3.5 macro make sure that the aperture wheel is set to F32 otherwise you will get a 'FEE' error message 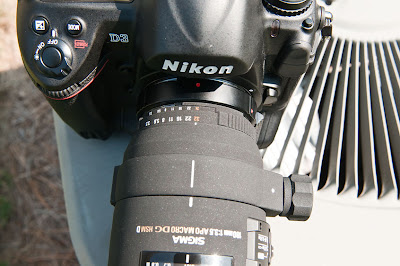