Beauty and the beasts

Like Martin i have only been shooting around my garden, because we have had such hot weather with temperatures in the high 90's and a couple of days where it hit 100, which is great and one of the reasons we chose North Carolina to live in, The downside is that its hot during the day and still 70-75 at night so most of the wildlife choose the nighttime to come out and rest in the shade during the day, The garden is in bloom and that has bought lots of bugs and butterflies out so i have decide to document these, The light is/can be very harsh so most of my shooting has been with flash to try and even the lighting out, My best find so far has to be a beautiful Black Widow female with egg sacks attached to the side of my house under a hangover, I have noticed that during the hot days she has the egg sacks in the open and in the evening she carefully cuts the web around the sack and moves it tight to the house bricks, i am guessing as well as keeping it safe from rain etc the hot wall will help keep the young warm 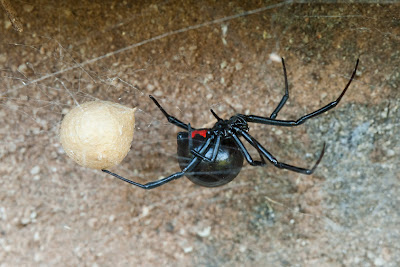 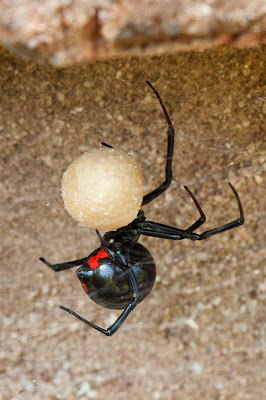 I must say that the Sigma 180mm Macro has been great when tripod mounted and working with these deadly spiders, I shot @ F16 in manual mode and on some images used an off camera flash as the spider was partly under an over hang which caused heavy shadows
At the bottom of my garden there are a couple of bushes in bloom that are covered with every type of fly/bee and bugs, Whilst shooting some bees here i noticed what i later found to be an Assassin Bug-never seen or heard of one before and i was abit apprehensive of getting too close as i knew nothing about it, It was very concealed and in the end i had to move a branch and use the camera with one hand to get the shot-so most were OOF and the others were not to brilliant, I soon found out that it could fly as i got closer so the shots ended up just as record shots-see below 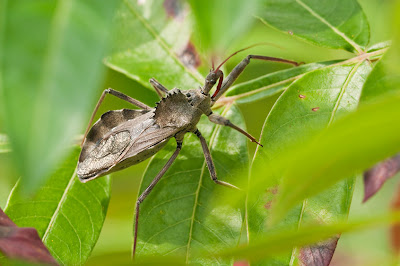 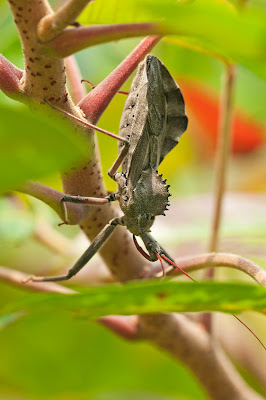 This is something i will continue to look out for as i would like to get some decent images of it,
Butterflies are becoming very common especially the beautiful swallowtails so i now have 2 buddlia in my garden and they are there everyday along with assorted skippers 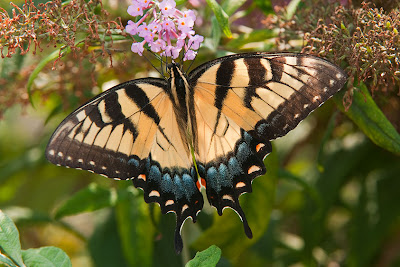 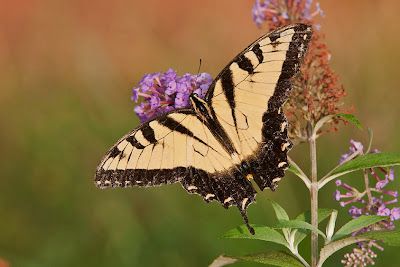 truly beautiful and great to have in such abundance, I shot these handheld with the Nikon 200-400 which suits big butterflies well

I mentioned a long time ago that i had purchased a Hahmel remote release and that i doesn't work at line of site as it was radio frequency, I have been feeding the local deer that coming into my garden with some corn and they come every night,I can even be on the BBQ and they will come and feed, I tried to set a camera up a couple of weeks ago on a beanbag and with camo netting over it near the corn but the deer spooked at the large piece of glass on the 14-24 so i put an empty water bottle there and after a few days they got used to it and now take no notice of it so the other day i again swapped it for a 24-70 on the D3 set at 24mm and had the lens hood on to try and hide the glass abit more,The deer noticed it straight away and i was amazed at how they know what small changes you make even when covered it was all covered in camo netting, The 2 deer circled for a while and got closer and closer before backing off them after an hour one approached and took some food,after a couple of minutes i managed to get a shot which made the deer jump but they come back and i ended up with 8 shots of which only 2 were ok-this one being the best 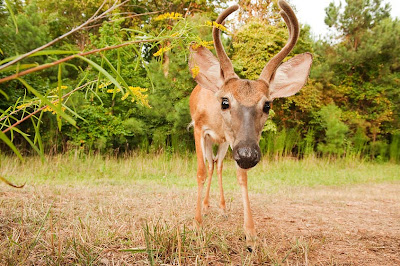 Exactly what i had envisaged and now i have something to work with, Next time i will try portrait mode, The remote release worked great, I was on the second floor!! looking out of a small window-all for $60