Hot and Extremely Humid that about sums up the last few days, I have just arrived home and its nice to be back to less humid conditions, The South Carolina coastline is very pretty but a very busy place,Wildlife only getting a look in in designated areas, The area i was first in was better for photography and its a shame i didn't get more time there but its noted and i will make it back at some time, I managed a couple of sessions there and it was very successful and you had chances of shots every couple of minutes so you could get the standard shots and have plenty of opportunities for arty farty shots as well, As i said before i chose the D300 over the D3+1.4x as the AF is faster without the extender and D3 combo and IQ is great under ISO400, I am old school and still try to keep the ISO as low as possible although last week i processed a couple of images taken at high ISO with the D3 and its very impressive and i will come to this in a later blog,The skies were clear so only the first hour or more after sunrise would be worth shooting in as the light after this was harsh although i did some back lit flight shots that worked OK in Bright light, I set the D300 to ISO 400 which is the max that i use it for and this gave a shutter speed of 1/500 or more which was adequate for what i wanted and the wimberley Gimbal head worked perfectly with the 600 F4 making my life very easy for tracking birds, The birds were feeding in the mud next to the river and with the sun behind me i could focus on the trees next to the river so as soon as the birds flew over the on the way back to the nests i was already focused and could track them from distance and shoot when i felt they were a good size in the frame, Even if the birds were closer than the trees by the time i saw them the AF snapped on to them, I would rather focus at distance and then lock onto something closer than focus close and then try to grab a distant subject if that makes sense,
So that's another state pinned on the map and a big thank you to my buddies for allowing me to stay with them and show me around 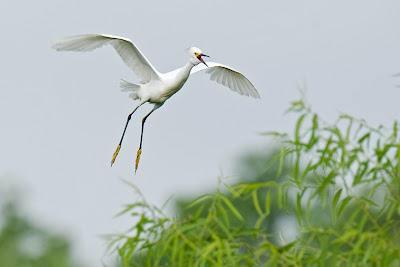 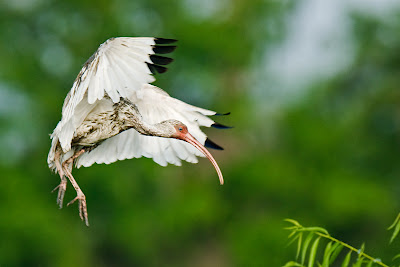