Tips and Techniques- Use of wireless multi flash 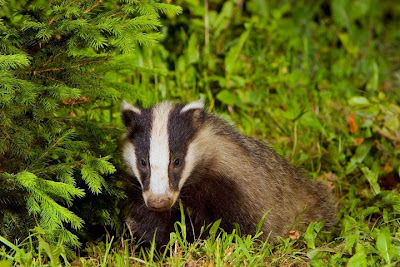 Once again i will back up Martins last post about the use of remote wireless flash use,A couple of years ago i spent a very nice summer shooting European Badgers at night,Badgers suffer from 'white eye' if the lights are on camera so need to be set away from the camera/lens set up. I started off using the 2 EX550 flashguns that i had,both in front of the subject and one to either side of the camera, This was OK but gave a 'studio' feel to the shot so i bought 2 more flashguns so that i had 2 in front of the subject and 2 behind lighting up the background, This gave more depth to the image rather than just having a black background,I was shooting with Canon gear at the time using the ST-E2 to trigger the flashguns that had been set as 'slaves', the set up i had for badgers was 1 flashgun set about 4 feet each side of the camera-1 being about 5 feet high shooting down and 1 set low to the ground, The idea being to light the badger from above with the high light and the low light would lighten underneath the chin, I would look through the viewfinder and see what needed to be lit behind and set the lights up accordingly,A simple but effective set up, I had the ST-E2 set up on a L bracket so i could swap from landscape to portrait without affecting the trigger,The focusing was set to manual and i would prefocus whilst it was still light on a small amount of food that i had carefully placed, 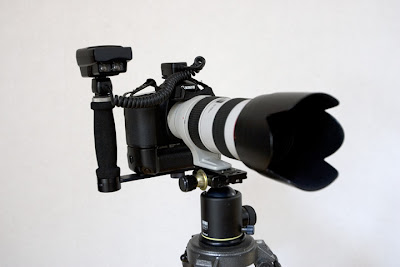 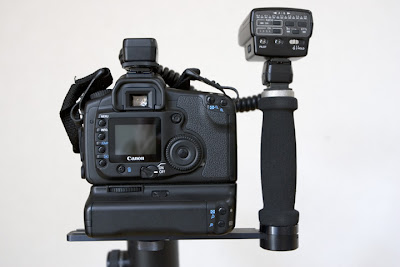 I also used Canons 20D instead of the 1D MK2 that i had at the time as the shutter was much quieter and was less likely to spook the animal-today i would use the 1D3 if i still use Canon as it has a brilliant silent shutter mode,
You can trigger 'slave' flashguns by having a 'master' gun set up on the camera but i preferred this set up for what i was doing at the time, I still have yet to get a Nikon equivalent but its on the list 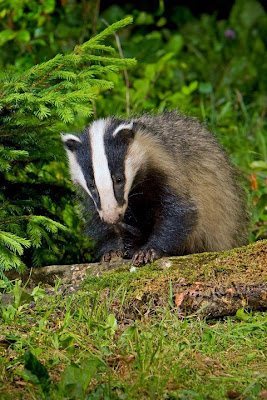 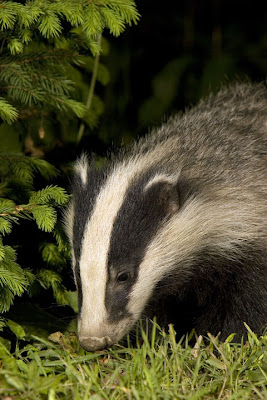 Email ThisBlogThis!Share to TwitterShare to FacebookShare to Pinterest
Labels: badgers, canon st-e2, Tips and Techniques- Use of wireless multi flash