As i mentioned a few weeks ago when shooting in Colorado at 14000 feet i lost the end section (its in 2 pcs) of my 600,s lens hood, After numerous phone calls to Nikon's not too friendly parts department in California i was told that if i want just the end piece i will need to buy it in kit form otherwise pay $800 for both pieces fully made up and ready to go.Well i only need one piece but cant understand why i have to put it together myself,surely there is a person in japan who's job that is, Anyway for $349 i have the pleasure in doing it myself, I was told that not all the parts are in so that they would send what they had, So last week a small package arrived and inside was-see below 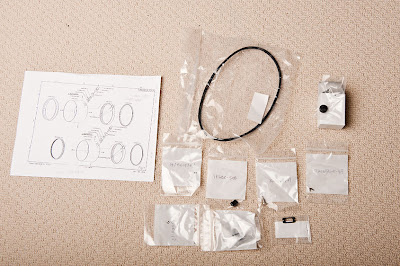 11 pieces out of the 17 needed to make the whole lens hood,One of the packets in the above image has 2 of the worlds smallest screws 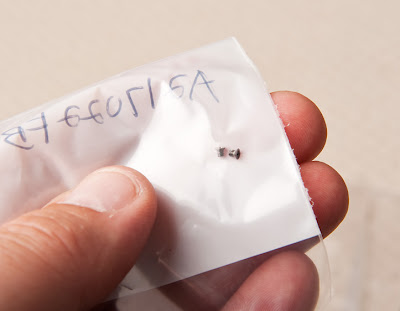 This looks like its going to be fun to put together-NOT
I think i have found the chink in Nikon's Armour here in the spare parts, I understand that replacing 1 part of a 2 part lens hood is a rarity but come on at least for that kind of money have it in one piece
I now wait for the rest of the parts and hope it wont be long but i wont hold my breathe-To be continued