As I mentioned here I have been following the progress of some of the orchids on my local patch.
The stems that I saw just emerging in the previous report were in fact Pyramidal Orchids. which are progressing well and about a week away from being in prime photographic condition. I had been hoping that they were something else so was disappointed when I checked them out last week.

But going back last night, I found what I have been hoping to see for quite a while - Bee Orchids. I very nearly didn't bother to take the camera, but decided to on the off chance and glad I did.

The breeze was a bit of a problem, and they are not quite there so I will be going back a few times yet to get better images as they progress.

The Common Spotteds are now in great condition to photograph, but were suffering in the wind so I didn't bother with those at that site, but I jumped in the car and went to another site not too far away on the borders of Worcestershire, and found more Pyramidal, and a few Common Spotted that were easier for photography as the wind had eased a little. The sun was setting so the colour temperature was exceptionally warm so I slid it back just a fraction in the RAW processing to neutralise it a little. 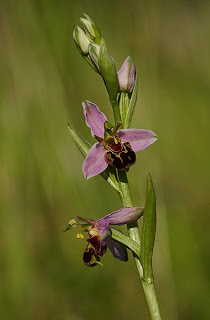 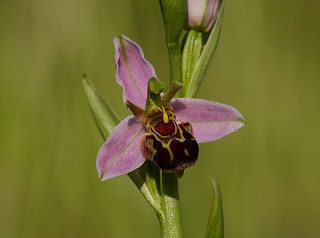 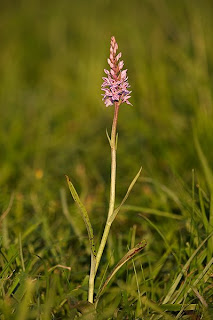 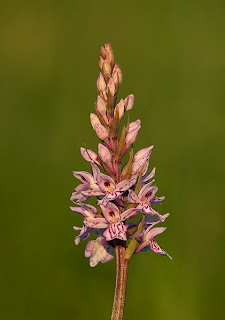