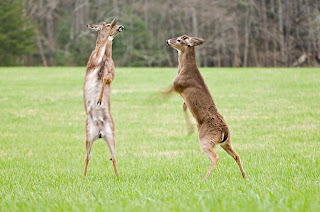 Yesterday i drove from North Carolina over the Great Smokey Mountains to the Tennesse side, I arrived about 2pm and dropped my cases off at the motel,I grabbed my gear and headed towards Cades Cove, I have never been before but had done my homework, Cades Cove is in the Smokies National Park and is a very historic part of the park with ancient buildings dotted around, 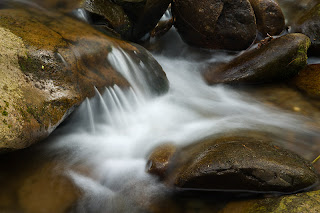 Its very well known and extremley busy, If cades cove was a NP it would be the busiest in the States-very popular to say the least, The animals and White Tailed Deer in particular are very easy to approach and if you see an image of a WT Deer published chances are it was taken here, I knew i was out of season, the deer have rutted and lost their antlers,For deer shots its best in the 'Fall' and i have a cabin booked especially for that-Then it will be crazy with people, One thing that suprised me is that if you park up you are free to walk off trail and approach the animals, I drove around the 11 mile loop road and viewed lots of deer along with some wild turkey, Then about half way around i saw a black blob near some woodland, I grabbed the bins and it was a bear so i grabbed the gear and headed down towards it,when i got closer i looked behind me and i had about 100 people running down towards me mainly young kids shouting and screaming, The parents egging them on to get closer, 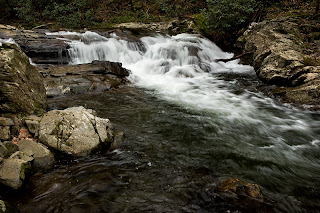 Luckily there was a ranger at hand and he did his best to keep the crowd back especially when we realised that there was a young bear with it, I only had the D3 and 600, In my panic i forgot the extenders,It was good to see but because of the crowds the bears kept distant but a good start, Today i was at the entrance at dawn and waited with a couple of other photographers for the gates to open, Instantly there were Wild Turkey going through the courting process and what magnificent creatures they are when strutting their stuff,They were way too distant but i did managed to get close to one later on although he though he was a capercaille and stayed in the woodland, I also bumped into a group of deer and decided to get some shots and 2 of the deer decided to have a fight and stood on their back legs and bitch slapped each other like march hares, The weather today was very cold and late this evening it started snowing-snow is predicted for the next day or 2 and freezing temperatures,not what i expected and it will put paid to any landscapes with sky and to any wildflower photography,One thing that is here in abundance are waterfalls so i have already been having a play in the low light,The D3 and 24-70 are a match made in heaven for this and as well as full waterfall landscapes i have been doing some details stuff at different shutter speeds to get different effects, With the unpredictable weather we will have to see what happens to the wildlife but if i can i will concentrate on the turkeys whilst they are courting, I was lucky today when i found a group of deer and the main male still had a 'rack' but i bet he is the only one 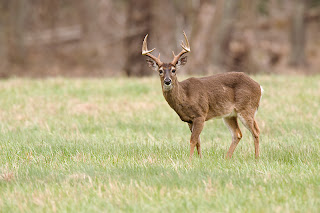