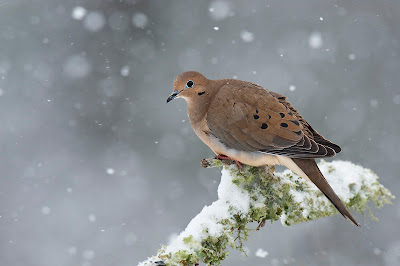 I am very lucky being able to shoot when i want and not have the confines of weekend and holidays, Yesterday was a prime example and when i woke up and looked out side i could not believe that there was snow and that it was still snowing hard, Being away for a few days i hadnt seen the weather forecast so was totally unprepared so plans had to be made on the spot, Its not very pleasant to drive when the weather is so bad so i decided to grab my pop up 2 man tent and put it near my bird feeders,The birds would be cold and hungry and will be easier to shoot, I used the tent as opposed to a hide as it has a built in ground sheet and as i wanted to be low level meant that i could sit on the ground,It is also double skinned so would help keep me warm, 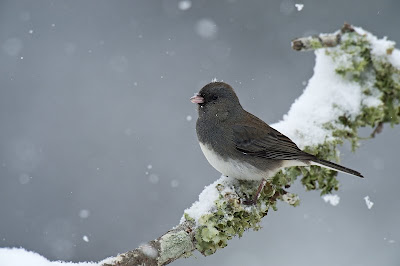 I dressed in multi layers and ended up in the tent for about 6 hrs and still felt fine,I made sure that i kept my gloves and hat dry when i left the tent as this is were the body heat will be lost, Its also worth remembering that you dehydrate when you are out in the cold for long periods as you do in heat so make sure that you have plenty of warm drinks during the day, As soon as i put some fresh food out and got into position the birds started to arrive and there was a constant stream all day,I had to top the feeders up 3 times!! When shooting in snow i set my camera to manual and spot meter directly off of the snow, I then add 2 stops as the white snow will try to fool the camera into under exposing leaing to a dark grey image,Once set i take a test shot and checked the histogram,It depends on how much sun there is on the snow but yesterday with heavy cloud and snow coming down it was spot on, 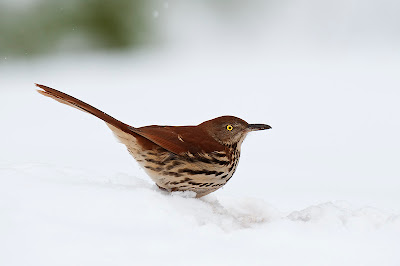 The histogram was way to the right but there were no 'blinkys' showing, i had placed a log on the ground a few weeks before so i sprinkled some food on tht and then had a flat tray that had a branch strapped above it and i put food there,I didnt fill the other feeders that i had as i wanted the birds infront of me, The only bird that i really wanted to get but never came to feeders in front of me was the tufted titmouse-a beautiful bird and one that i would love to get with the snow falling, There are 2 that visit my garden and they were around yesterday but it just never happened, I was pleased to end the day with some very nice images,The snow acts as a reflector and the images end up nice and evenly lit, I put some corn out hoping that the deer that visit my garden may come out early but i watched them come out and start feeding when there was little light so left them to it, 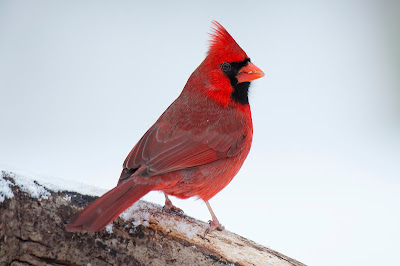