Its been strange not having to come up with a new blog every couple of days, I have decided that i will post a new blog every Monday, That way there should be more and better content and having a schedule to work to will keep me on my toes,
Camera wise it seems that Canon has announced that there is a genuine problem with the 5D3 and is working on a fox, Not sure if that will be a recall which i think that it may be, Either way i would think that 5D3 sales have come to a halt, People in the Nikon camp are saying that the left hand AF points are not accurate when used with a F1.4 lens wide open, I don't have any lenses that fast so cant test it, I have seen various people prove it so i am guessing that may be a real problem for Nikon if it proves to be a badly aligned sensor-The joys of a new model, I did test out to see if there were hot pixels in a long exposure which i had heard was a problem, I went to Falls lake on a hot,windy day and put on a 10 stop and 3 stop filter to get a 30 second shutter speed-No problems what so ever
No Filter 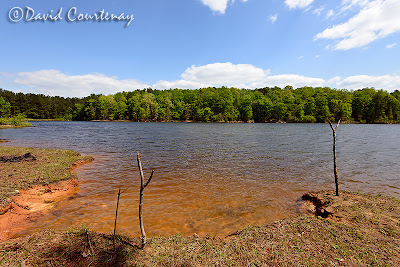 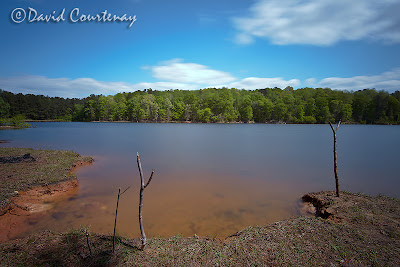 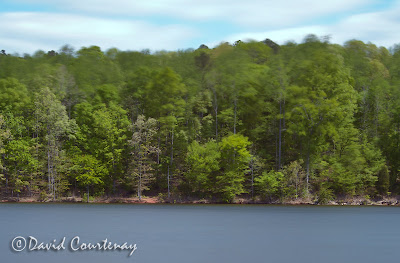 Once again i have been plagued by tics, I walked about 20 feet into the woodland at the bottom of my garden and within 10 minutes i had picked 6 tics off of me, A couple of days later i went into the woods to see if i could find the fox den and when i came out i went for a bath as in the woods it was hot and steamy and there was a large tic buried into my hip, I got the tic out but a few days later there is a red bump where the tic was so time to keep an eye on it just incase, What i did find in the woods was a nice red bellied woodpeckers nest so i set up and got a few images, I think that the woodies are on eggs as they stayed in the nest for 20 minutes at a time, Give it a couple of weeks and there should be little heads poking out of the hole and i will again be back for those images 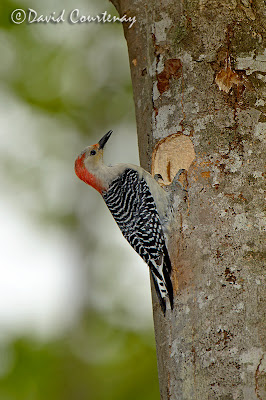 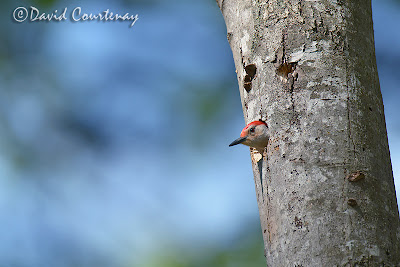 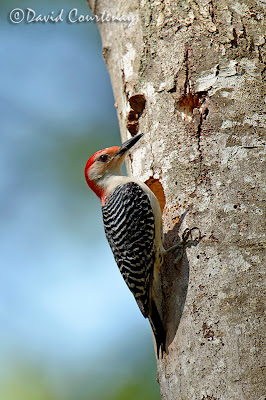 I have managed a few sessions in the night for the garden critters, The fox,deer and opossum are regulars but i haven't seen the Raccoons for a while, I sat and watched the fox feed but still not got into the position that i want so i haven't pressed the shutter, The opossum on the other hand has been quite photogenic and i have plenty of new images 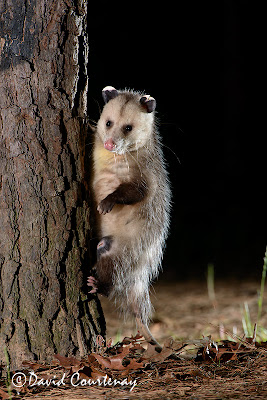 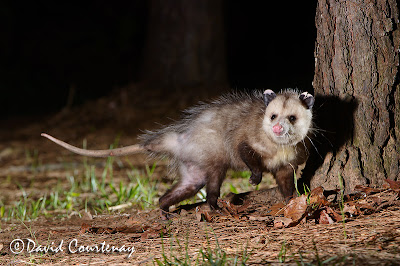 All images taken with the D800, I did try the video out one evening when waiting for the fox, The deer were coming and going, The video quality is excellent and i just need to work out a way to post it
So thats me for this week

Email ThisBlogThis!Share to TwitterShare to FacebookShare to Pinterest
Labels: opossum.d800.tics.woodpecker