A Bad week for the Birds 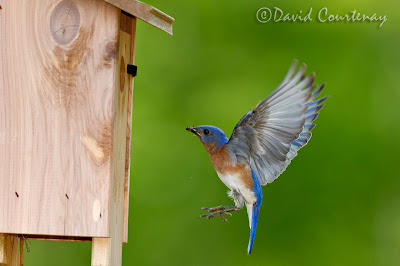 Monday and Tuesday were cold and miserable, Winter it seemed did not want to let go, I was surprised to see the first hummingbird of the year at the hummer feeder i had put up a few days before, It came and went all day and i managed a couple of shots, I havent seen it since that day so guess it was just passing through, 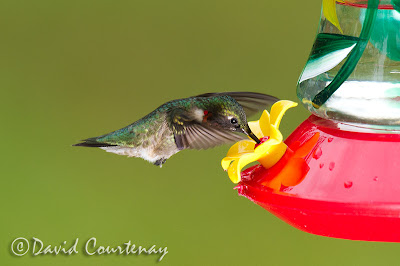 The bluebird chicks were very vocal and you could hear then way away from the nest box, the parents were busy feeding them and i managed a few shots with a remote camera, D3s with 600 and a Hahnel remote, I checked around the garden at dusk and all seemed well, the fox and deer were coming out earlier and was just dusk when i watched them, I hoped that soon they would be out in good light i.e no need for flashguns, Tuesday morning and first thing that i notice is the nesting material hanging out of the chickadees nest box and also on the ground, I checked in the box and all the chicks were dead and no sign of mum and dad, I guess a raccoon or squirrel had stuck its hand in and pulled the nesting out and with the hole blocked the parents could not get in and the chicks froze during the very cold night, I cleaned the nest box out and put it back, Wednesday night we had a huge storm with heavy winds and rain, Thursday i walked past the bluebirds nest box on my way to the bottom of the garden and it was very quiet, I watched from a distance and did not see the parents come to the nest once, that night i checked the box and there was some movement in side, Friday and still nothing until late and a male came and went, I checked the box and again some movement, Saturday and a male and female fluttered around the box as well as looking in and then going to the chickadees box, They didnt go inside but kept looking in, Today (Sunday) all the chicks are dead, I think they had been abandoned and the bluebirds on Saturday were looking for a place to nest, Very sad indeed, I had popped around to my neighbors during the week-thursday i think and she too had had her Wrens nest predated.
I had moved all my feeders down to the bottom of the garden last week and as in my last blog has made a reflection pool, I decided to give it a whirl although in the few days it had been there i had only seen 1 cardinal and a squirrel drink there, I set up with the D800 and 600 on a very dark and wet day, 10 minutes in and a Baltimore Oriole arrives and lands on the top of the feeder pole along with a catbird, Both new visitors to the garden, I think they liked the quiet and woody location, The oriole was there for a short time but the catbirds came and went regularly,It was a good session and encouraging for a new set up, We had hairy and red bellied woodpeckers, Chickadees, Cardinals,Tufted Titmouse,Catbird,oriole,cowbird and i watched a beautiful warbler in the nearby trees, I shot at ISO 800 and the D800 is very clean at that which is amazing considering the pixel level, 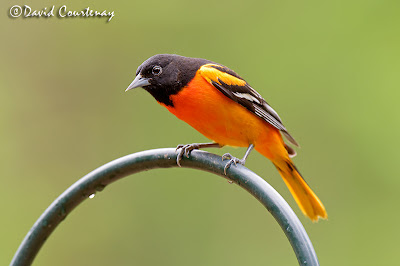 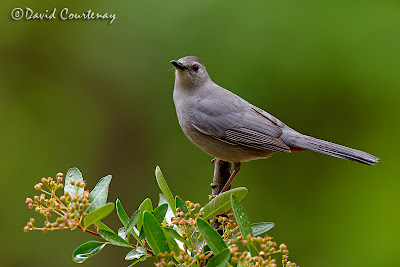 Pesky Squirrel at the reflection pool 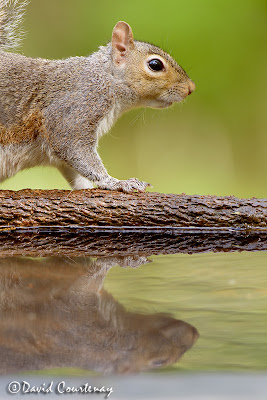 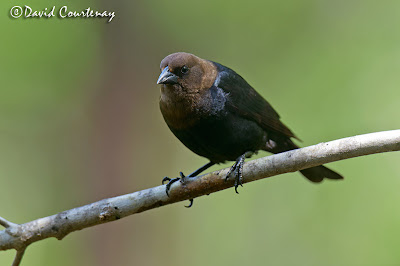 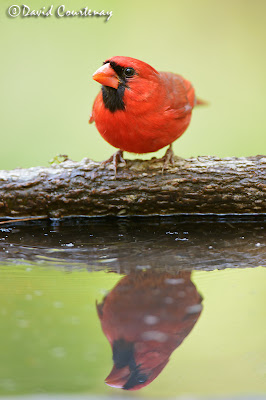 It was a very nice session and the Oriole was the icing on the cake, The Squirrels are a real pest and even if you chase them off within a few minutes they are back.
Friday evening and i had just put some food out for the deer and fox etc, I sat in the screened porch talking to my wife when i noticed a movement in the garden, It was the fox at 6.30pm so still a good amount of light, I grabbed the D800 and 600 which was already on the tripod and went out of the front door and sneeked along the side of the house, I put the gear down and when the fox wasnt looking i put it in position and took a shot, The fox which was a female looked straight at me then simply carried on, I ended up with over 60 images and had to increase the ISO to 1600 as the light was very low and i was shooting under 1/100, I only ended up with a couple of very sharp images that was very very pleased and hope that she come earlier next time, I could she her teets and her tummy was a bit flabby so she has some cubs somewhere close by, I hope she brings them soon, 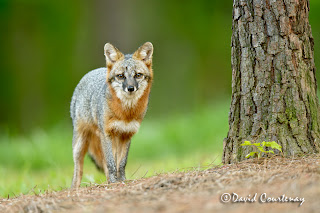 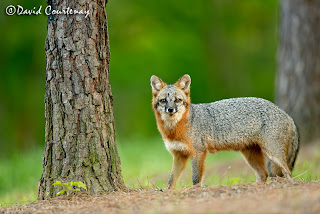 On a non wildlife note i set the studio up and had a session with Maze, Our neighbors Cairns Terrier puppy which is as cute as a button, I used the D800 with 24-70 and the images are super sharp, A great combo 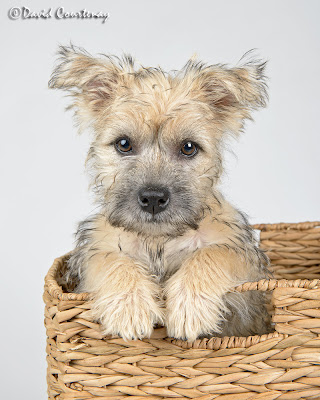 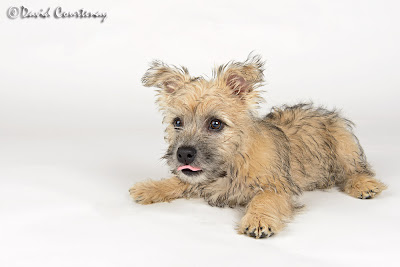 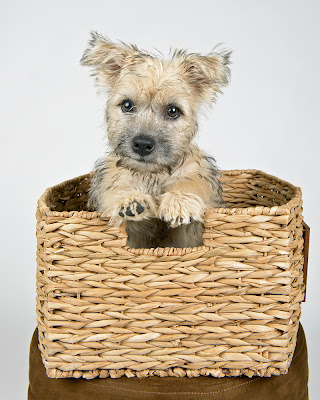 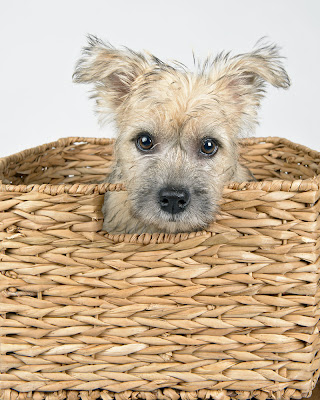 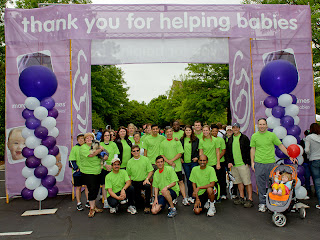