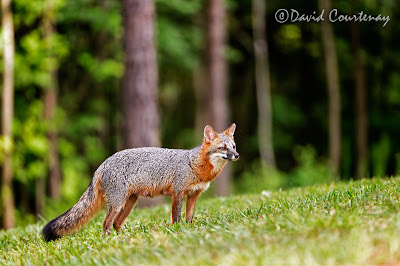 Its been an interesting week, I have managed to get out to some new places and also meet some new people, I am a member of the Carolina Nature Photographers Association, Its one of the biggest groups for Nature Photographers in the States, I have been a member for a couple of years or more but have only ever been to one meeting, Its something i need to change so last week i went to a meeting which was very good and around 50+ people turned up, I went to a shoot with some of them at a local Eco Station called Prairie Ridge which is not that far from me, Its a nice area with a pond that could be good in the winter,There were a lot of dragonflies around the pond and i spent 20 minutes trying to get a shot of one in flight, I used the D3s and 200-400 but a 300 or 400 prime would have been preferable especially weight wise,
Not great and a sizeable crop 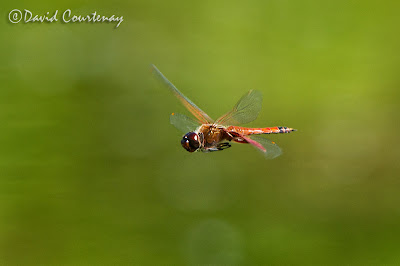 Lots of wild flowers and an area with bird feeders, I didnt do much shooting but instead had a good look around for the future, There were around 10-12 people present which was good for a mid week meet and after a couple of hours shooting we went off for something to eat and a chat, A nice relaxed morning, A couple of the guys told me of a park with some nesting owls so i will check that out this week and hope that they are still there and that i can find them,
I ordered and received a L bracket for the D800/Grip combo, I bought it from Kirk Enterprises and its a thing of beauty-art in aluminum and will make it so that i can now use the D800 with wides for landscapes etc, 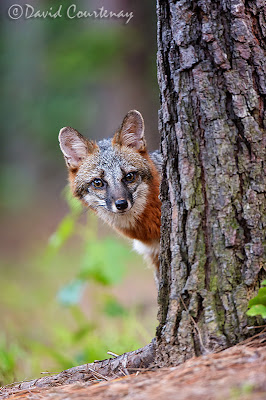 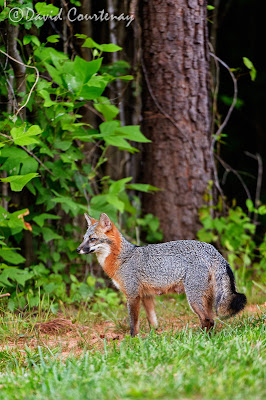 The females fox has been coming into the garden earlier and earlier, One night she caught me by surprise, I had just put some food out when i turned around and there she was, 5.15pm, Her circle or fear or acceptance has decreased somewhat and last night i was laid flat out using the beanbag on the ground when she came within 8 feet of me, I had put some food there and wanted to know if she would approach that close or not, She was skittish and quickly backed off a couple of time but she will learn to relax over time, I used the 200-400 and nearly filled the frame with her face, Its a great honor to be accepted by a wild animal and not something to be taken lightly, The male fox has only shown twice in the last week for some reason and i have watched opossum in the garden a few nights during the last week but still without young, One of the problems with shooting in your garden is trying to come up with different images in a confines space, I have been putting the bait where there is a natural looking background but have started to also include some human elements as well, I have 2 garden frogs and thought it would be a fun image to get the fox with them-well its not happened and the foxes steer well clear of the frogs which is strange
On Saturday i went out with my wife and dog to the Sarah Duke gardens or Duke gardens as its commonly known in Durham, I have always wanted to go and never for one reason or another made it but thus weekend i went and its one impressive place and a bonus is that its free apart from parking, The gardens are laid out beautifully and extremely photogenic, There is a large pond with wildfowl on it, Mainly mallards but also pin tail and i believe wood ducks are present, I only had a 24-70 with me but the birds are easy to get near so i will pop back and take the 200-400, A word if you go there is to take food and drink as the small cafe is very expensive, Well worth a full day or more,
Not a great image of a Northern Pintail but it was taken with a 24-70 and its only a small crop 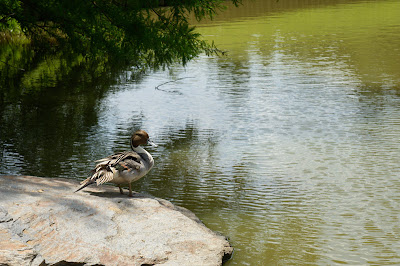