This will be my last blog on this site, Its been in my mind for some time now and last week i finally made the decision to end my part in this blog, Its been over 3 1/2 years which is amazing in itself, There are a few reasons but mainly time and now a health condition that needs to be sorted means that i have to put my efforts elsewhere for the time being, I have only managed to get the cameras out twice this week and only manged to get some shots on one of those times, The foxes are coming out later and the evening that i shot them i had to shoot at ISO 3200 so i used the D3s and 200-400 which is a great combo, The deer came out first including the fawn which came out to the side of the garden on its own and decided that my plants were more attractive than the corn i had put out, There were already 3 other deer in the garden, one i think was the mother as they fed together, The foxes came out at nearly 8pm and i would normally just watch them at that time as i have decent shots in decent light but as i havent shot them for a couple of weeks i decided to sit it out, The female came very close all but very nervously and in the end was less than 10 feet from me, She is in great condition and her tummy is slimmer an the teets not so pronounced so i guess that she has weaned the kits and that they are now on solids, I have to say that i still get a kick out of them coming into the garden and watch them every night 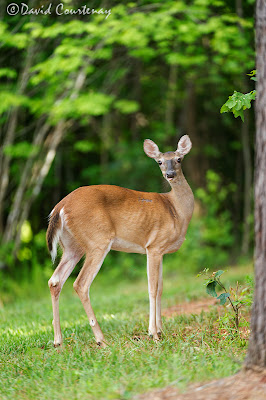 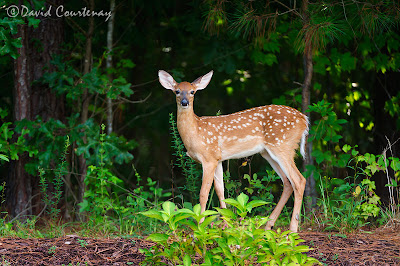 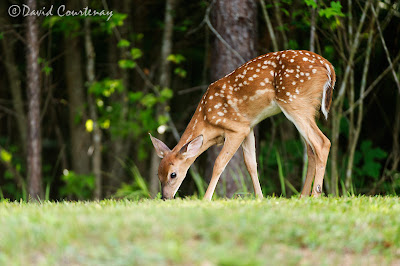 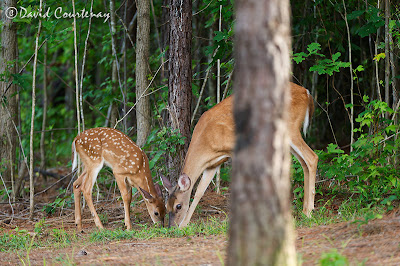 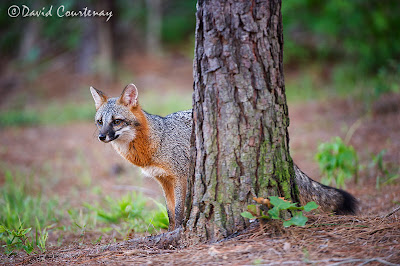 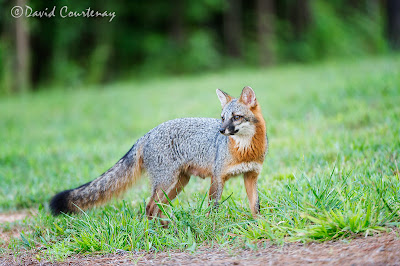 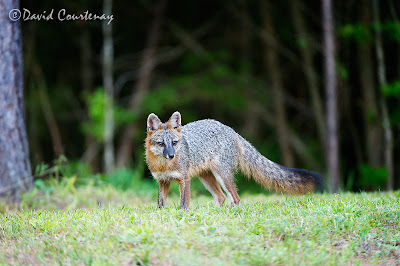 The next night the animals were out earlier and i had other stuff to do, Isnt that always the way,
On a side note i had an e-mail from my website company last week asking if i wanted a blog on my website, It was a real coincidence and had nothing to do with my decision here but as they will do the work for free i have accepted and once the work is done i will be doing blogs via my www.wildlifeinfocus.com site, I am not sure when it will be finished but i hope that by the time i am in California in 3 weeks it will be done, It will give me time to decide how i want the blog to look and feel, If you have any ideas then please drop me a line at dave@wildlifeinfocus.com, I am not sure what Martins ideas are on this blog and if he will continue to run it, I hope that he does but either way it will be here to come back to and read for future reference
I see that Nikon are doing a Canon and have announced that there will be a 800 F5.6 lens, No other details like cost and weight or minimum focus distance yet, One things for sure is that it will be expensive and i for one wont or cant afford one, I do like my 600VR and i like the F4 aperture, The 800 on the other hand should be lighter than the 600 and should be sharper than a 600 with 1.4x attached, Depending on the minimum focus distance i am sure that it will be popular with the small bird photographers and because Nikon allows F8 focusing on its camera bodies (Canon now doesnt) you can add a 1.4x and still get AF,
Canons new 1DX are starting to hit the stores in limited numbers but some reports i have read look very good, I cant wait to see the head to head reviews with the D4 and 1DX, Both should be great, My gut feeling is that the Canon may be slightly ahead in noise but i am sure it will be close and anybody being able to afford one is very lucky indeed,

So thats it from me, I really do appreciate all those that have taken time to read and comment on my scribbles over the last 3+ years and i want to thank Martin for asking me to participate in the blog